Kaduna Is Not Lagos, How I Joke With Governors About South-East – El-Rufai 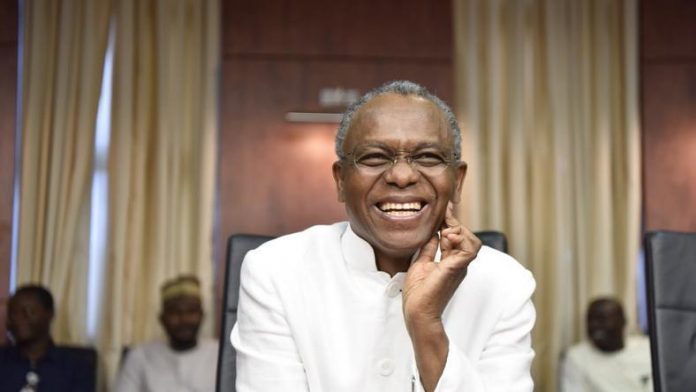 Governor Nasir El-Rufai on Thursday tried to make a vivid representation of how massive his state is, stressing that Birnin Gwari local government area alone is three times the size of Lagos state.

Frank Talk Now reports that the Kaduna governor said this to drum in the enormity of the security challenges faced by his state, disclosing that the biggest fear of those in the North-west is that Boko Haram insurgents are relocating to the region.

Speaking during the inaugural edition of the ‘Fountain Summit’, an event organised by the Ekiti State government, he pointed out that Kaduna State has 46,000 square kilometres of land.

El-Rufai went on to say, “I joke with my South-east governor friends that the whole of five states of the south-east can fit into Kaduna state, two and the half times.

“So there are many ungovernable spaces in our state. But you see, when an incident occurs in one part of the state, remotely connected with what is happening in Kaduna or Zaria or in the metropolitan centres, people think the entire Kaduna state is unsafe.