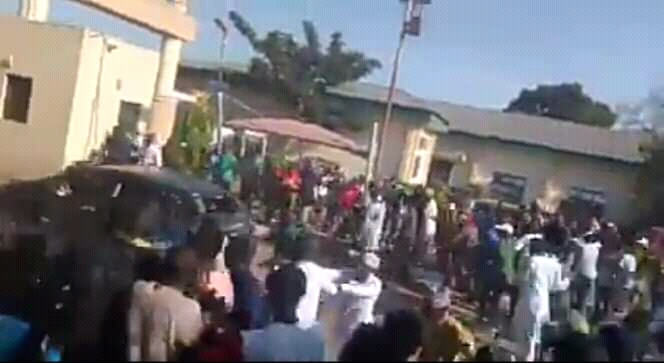 There was drama at the Kaduna State University (KASU) on Tuesday when some students of the institution beat up cadets of the Nigerian Defence Academy (NDA) and destroyed their vehicle over girlfriend.Dateline Nigeria reports that the four NDA cadets, who are in their second year, were in KASU for the school’s matriculation funfair, featuring live performance, face paint, dance and others shows.“The incident happened at the matriculation ground. The cadets saw a female student hanging out with her boyfriend and one of them tried to collect her phone number, but she refused.“When they insisted, her boyfriend tried to intervene and one of the cadets slapped him. The boyfriend, a KASU student, drew the attention of his fellow students who descended on the cadets with stones and sticks.“The cadets tried to escape in their Toyota (Matrix) vehicle, but the students lock the school gates. They pelted the vehicle with broken pieces of interlock. One of the cadets who couldn’t get into the car on time was severely beaten.“They luckily escaped after the security personnel at KASU opened the gates,” a student who witnessed the incident narrated. 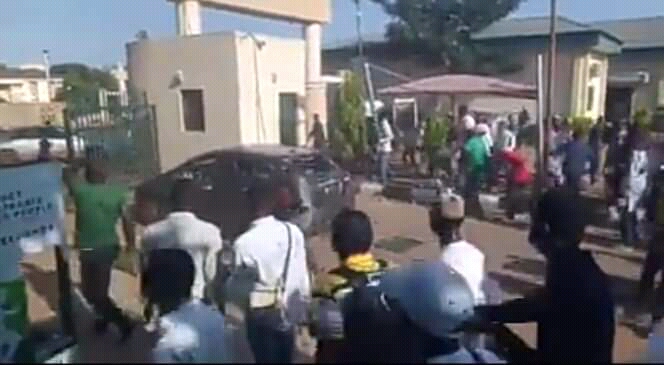