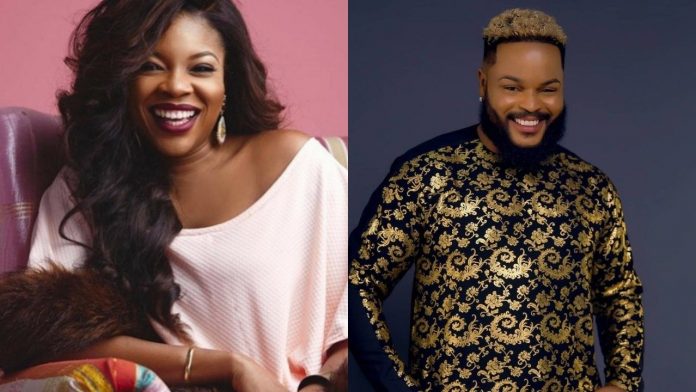 READ ALSO:  King of Boys: Reflecting the dark side of Nigerian politics

This has stirred reactions from Nigerians who cheered her on to cast Whitemoney for a role in the blockbuster series.

Here are some reactions gathered:

@iconicremi “Make he come avenge odogwu Malay, he will be the descendant of odogwu who came to town when he heard the death of his brother.”

@SEntini “Odogwu Malays cousin who’s been handling the business overseas (China) He should be a Big Player not a fringe guy!! Well what do I know? I’m talking to the person who wrote the series.”

@Adegboye “–He deserves it. Also find a way to have Pere in also ma!!

@ChefOpeyemi “White money and Pere being actual enemies in the movie. Epic.”

@DrizzyEleniyan “Yes please, the new odogwu malaysia or something like that.”

@Rafgba “Madam Kemi it’s too early to pick, look out for better options not based on popularity and sentiments.”

@Omezuo1 “He will be Odogwu Malay’s younger Brother who lives abroad and heard about the death of his elder brother and wants Vengeance.”

@Baybie8 “YAS! I will personally make my entire village watch this season 2. Whitemoney is good vibes and we love him too much. Make it happen sis, i can’t wait to watch. Thank you!