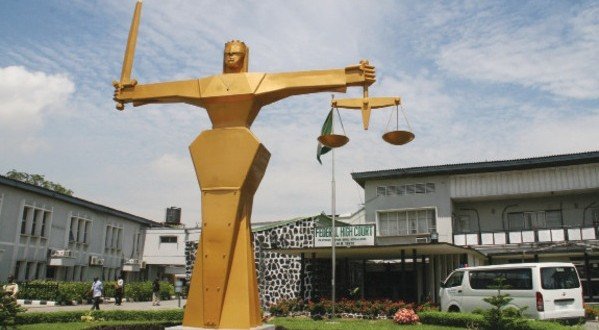 Kwara High Court sitting in Ilorin, the state capital has convicted a lecturer at the state College of Health Technology Offa, Abdullahi Opashola and twin, Taiye and Kehinde Adebayo for internet fraud.

Opashola bagged four-month imprisonment while duo of Taiye and Kehinde got six months in prison.

The Ilorin zonal office of the Economic and Financial Crimes Commission had dragged the convicts to court on separate charges.

“That you, Opashola Abdullahi, (alias Devin Snow), sometime in the month of August 2020 in Ilorin, within the jurisdiction of this Honourable Court, did attempt to cheat by personation, by portraying yourself as a female named Devine Snow via your email address devinesnow677@gmail.com to one Eugene Myvett in order to induce him to send you $200 USD, a representation you knew to be false and thereby committed an offence contrary to Section 95 of the Penal Code and punishable under Section 324 of the same law,” count charge preferred against Opashola read.

Count charge against Taiye reads: “That you, Taiye Adebayo, sometime in January, 2020, at Ilorin, within the judicial division of the Kwara State High Court, did cheat one Gary Brenton who you met on TWOO dating site of sum of $490 (Four Hundred and Ninety Dollars) received vide gift cards when you pretended to be female and thereby committed an offence contrary to Section 320 of the penal code and punishable under Section 322 of the same Penal Code.”

Count charge against Kehinde reads: “That you, Kehinde Adebayo, sometime in January, 2020 at Ilorin, within the judicial division of the Kwara state High Court, did cheat one Gary Brenton who

In her judgement, Justice Adenike Akinpelu found Opashola guilty and sentenced him to four -month imprisonment.

The 26-year-old lecturer, who is to serve his prison term at the Correctional Service, was however given an option of fine of N150,000.

Justice Akinpelu also pronounced sentenced Taiye and Kehinde to six months imprisonment on each of the counts against them.

She also gave the twin option of fine of N50,000 on each of the count.

Forfeited to the Federal Government, the judge said the sentences would serve as deterrent to others.