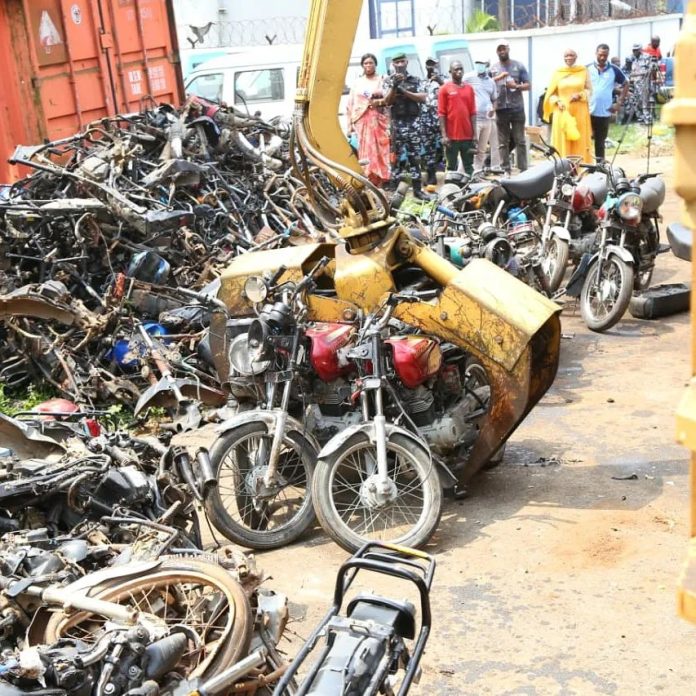 Motorcycles that had been impounded at various times and locations across the state for violating various traffic violations were crushed in large numbers today at the Alausa Secretariat in Ikeja.

The Commissioner of Police, Hakeem Odumosu, revealed that the crushing exercise has been ongoing since the enforcement began, but that the exercise carried out publicly today, November 20, was to persuade members of the public, particularly the doubting Thomas, that the impounded motorcycles are actually being crushed, contrary to mischief makers’ claims that the motorcycles are being sold and recycled.

Errant motorcycle operators operating in restricted zones, as well as those breaching other traffic regulations or utilizing motorbikes for illicit purposes in the state, have been advised to change their minds or face legal repercussions, according to the Commissioner of Police.
The police chief promised that the crushing operation would continue in order to prevent persons from breaking the law and to reaffirm the Police Command’s commitment to upholding the law.