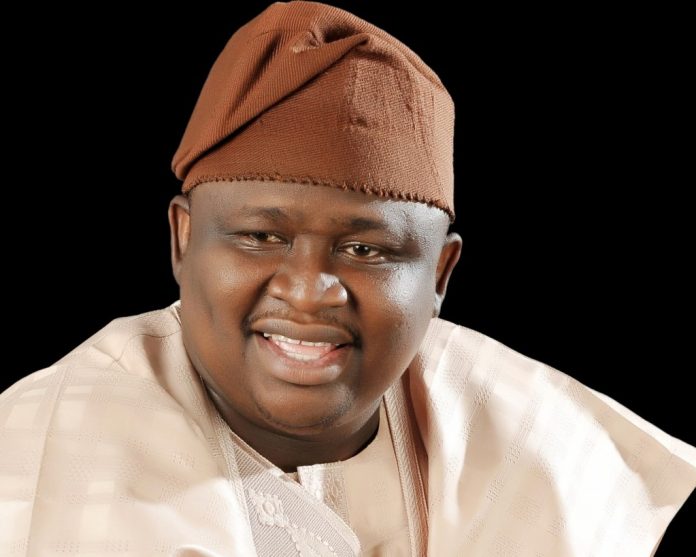 The Senator representing Lagos West, Olamilekan Adeola, has been dragged to court over his decision to seek reelection to the Senate through Ogun West.

DAILY POST reports that Adeola, who has been representing Lagos at the National Assembly since 11 years ago, is seeking a return ticket, this time, from Ogun West Senatorial District.

Adeola’s decision to relocate from Lagos to Ogun while still enjoying the mandate of the people of Lagos West does not go down well with residents of Ogun West, many of whom said the Senator was not from Ogun State.

Amidst controversies, Adeola was declared winner of the APC primary conducted in Ilaro on Saturday, thereby clinching the ticket of the APC.

He defeated the current occupant of the seat, who had no vote in the election.

But, some aggrieved politicians in Ogun, Adebiyi Tajudeen, Olajumoke Ibrahim, and Muideen Akintade, have approached a Federal High Court sitting in Abeokuta, seeking an interlocutory injunction, restraining Adeola from participating in the electoral processes leading to the 2023 election in Ogun West.

It was their claim that the lawmaker joined the Ogun West race without having stayed in Ogun State for the number of years required by law.

They also claimed the Lagos politician, fondly addressed as Yayi, did not resign as a Senator representing Lagos West before moving to another State to contest.

According to them, the move is a deliberate marginalisation and an infringement on the democratic rights of the people of Ogun West Senatorial district and of Ogun State in general.

In the motion filed on Friday, the claimants claimed that the move by Adeola is “undemocratic, flirtatious, disenfranchising, illegal, abnormal, denigrating to the political reputation of the people of Ogun West and Nigeria at large.”

They maintained that Adeola’s emergence as the candidate of the APC is in “brazen violation and flagrant breach” of the right of Yewa/Awori people to vote and be voted for.

The claimants prayed the court for an order of interlocutory injunction, restraining Adeola and INEC “from taking a further step in allowing the first defendant to participate in the general electioneering process leading to the 2023 general from Ogun West Senatorial district or any other place in Ogun State pending the hearing and determination of the originating summon.”