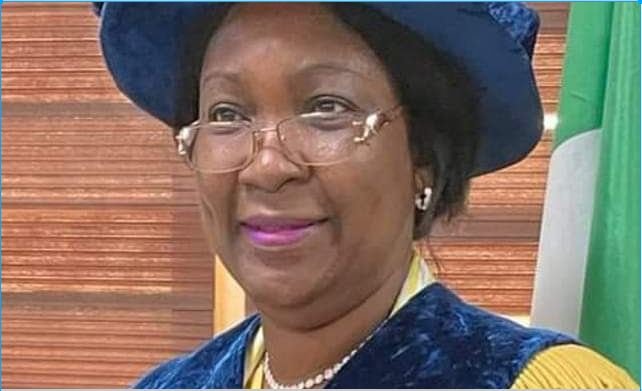 According to the statement signed by the Commissioner for Information and Strategy, Mr. Gbenga Omotoso, Prof. Olatunji-Bello’s appointment follows her recommendation by the Joint Committee of Council and Senate of LASU in accordance with the LASU Law, Cap 169 Vol 7, Laws of Lagos State.
Educational Background and Career
Born in Lagos on April 23, 1964, she had her primary education at Anglican Girls Primary School, Surulere, from 1970 to 1974 and her secondary education at Lagos Anglican Girls Grammar School, Surulere, between 1974 and 1979. Prof. Ibiyemi Olatunji-Bello, then proceeded to Methodist Girls High School, Yaba, and Lagos State College of Science and Technology, Ikosi Campus where she did her “A” level in 1982. For her university education, she attended the University of Ibadan from 1982 to 1985 where she bagged a B.Sc (Hons) in Physiology. In 1987, at the University of Lagos, she was awarded M.Sc (Physiology).
In 1998, she was awarded a PhD in Physiology, also at University of Lagos after attending a 6-month research training in the University of Texas Health Science Center at San Antonio in the US in 1994.
She rose through the ranks from Assistant Lecturer (1988-1991), Lecturer II between 1991 and 1996, Lecturer I from 1996 to 1999, Senior Lecturer (1999 – 2005), Associate Professor between 2005 and October 1st 2007, all in the College of Medicine of the University of Lagos, Idi – Araba.
She assumed duty as the First Professor of Physiology in Lagos State University College of Medicine on 2nd of October, 2007. On 22nd December, 2008, she was elected the Deputy Vice Chancellor for a period of two years and re-elected, for a second term in 2010.
She was until recently, the Director, Lagos State University Directorate of Advancement (LASUDA).
The Acting Vice Chancellor, Prof. Oyedamola Oke, on behalf of the Management congratulates Prof. Olatunji-Bello, mni, on her appointment and wishes her a successful tenure of office.