List of 10 States Yet to Implement N30,000 Minimum Wage 2 Years after Buhari’s Approval 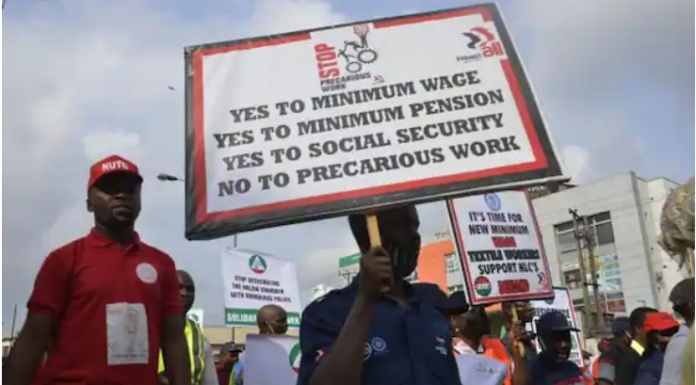 The implementation of the new minimum wage, however, did not take off immediately as the Nigerian Labour Congress (NLC) had to stage protests before some states complied.

Sadly, in spite of the protests, the Association of Senior Civil Servants of Nigeria (ASCSN) has lamented that 10 states are yet to implement the minimum wage two years after it was okayed by the federal government.

The states are listed below as contained in a report filed The Nation and Business Day:

Comrade Okon said Kano state has not commenced any negotiation, noting that the northwestern state has even reduced workers’ salary.

He said it was illegal for any government to reduce or contemplate not paying salary that had been passed into law.

The union leader said labour had exhausted the mechanisms in industrial relations and collective bargaining and would clamp down on recalcitrant states.