London police officer sentenced to life in prison for murder 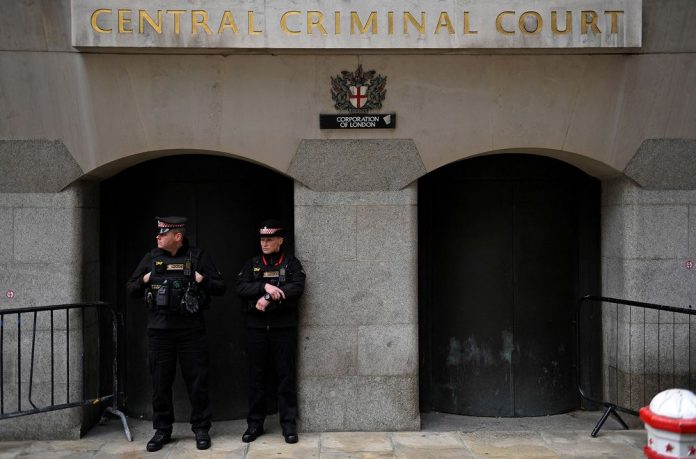 A police officer was jailed for life on Thursday for abducting marketing executive Sarah Everard on a London street as she walked home then raping and murdering her, in a case that shocked Britain and stirred protests over violence against women.
Wayne Couzens, 48, a serving London officer who had guarded diplomatic premises, had used his position to stop Ms Everard, the Old Bailey court heard.
Couzens forced Ms Everard, 33, into a hire car as she walked home after visiting a friend in south London on 3 March.
Her body was found in woodland around 80 km away in southeast England. A post-mortem concluded she had died as a result of compression of the neck.
His whole life sentence means he has no chance of parole.
“Nothing can make things better, nothing can bring Sarah back, but knowing he will be imprisoned forever brings some relief,” Ms Everard’s family said in a statement.
“Wayne Couzens held a position of trust as a police officer and we are outraged and sickened that he abused this trust in order to lure Sarah to her death.”
The murder prompted public rallies and outpourings of anger from women who have recounted their own experiences and fears of being out alone at night.
One witness saw Ms Everard being handcuffed before her abduction and police investigating the case said he may have used COVID-19 protocols as an excuse to falsely arrest her.
Judge Adrian Fulford said Couzens had long planned a violent sexual assault on a yet-to-be-selected victim who he intended to coerce into his custody.
“I have not the slightest doubt that the defendant used his position as a police officer to coerce her on a wholly false pretext into the car he had hired for this purpose,” Judge Fulford said in sentencing remarks.
The Metropolitan Police Force, which investigated the murder and for whom Couzens worked, said it was “sickened, angered and devastated” by his crimes. Commissioner Cressida Dick has apologised to Ms Everard’s family.
“Our police are there to protect us – and I know that officers will share in our shock and devastation at the total betrayal of this duty,” Prime Minister Boris Johnson said.
Britain’s police watchdog is looking into police failures to investigate an indecent exposure incident linked to Couzens in 2015, and two further such allegations in February this year.

Opposition lawmaker Harriet Harman called on Commissioner Dick to resign.
“Sarah Everard was simply walking home. Women must be able to trust the police not fear them. Women’s confidence in police will have been shattered,” Ms Harman said on Twitter.
In a statement outside the court, Commissioner Dick did not address questions about her own position.
“His actions were a gross, betrayal of everything policing stands for. What he did was unthinkable and appalling… this man has brought shame on the Met (police)” she said, describing it as “one of the most dreadful events in the 190-year history of the Metropolitan Police Service”.
“There are no words that can fully express the fury and overwhelming sadness that we all feel about what happened to Sarah. I am so sorry.”
( SBS)