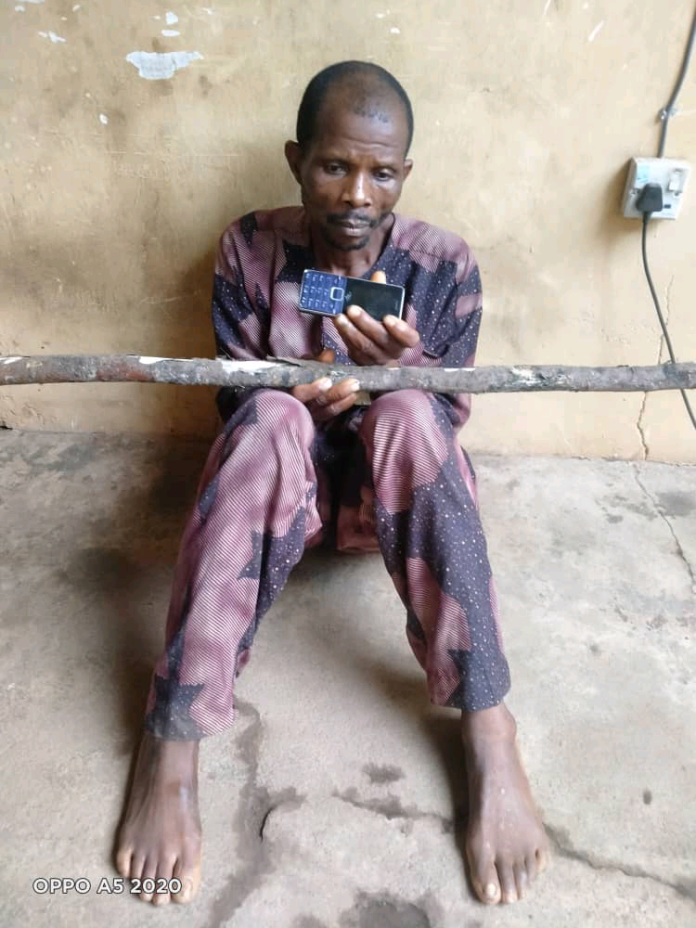 Dauda Bello, a 54-year-old has allegedly killed one Mrs Mesesi Adisa and sold her body parts.

It was learnt that the suspect, after his arrest on July 7, confessed to the police, how he murdered the septuagenarian in cold blood on June 8 and sold her wrists and ankles.

The late Mrs Adisa was said to have suddenly disappeared after leaving her house on June 8 and did not return.

The relation of the victim had reported a case of a missing person at Sabo/Ilupeju police station; the case was later transferred to the anti-kidnapping unit of the state criminal investigation department.

During their technical and intelligence-based investigation, the SP Taiwo Opadiran-led team traced the last place visited by the deceased to be the house of the suspect at Olodo area of Imala in Abeokuta North Local Government Area of Ogun State.

The Ogun State police spokesperson, Abimbola Oyeyemi, said on Tuesday that the suspect was arrested and taken into custody for investigation.

“On interrogation, the suspect confessed to have known the victim for quite some time now, and that they were both into the business of children trafficking. He stated further that he invited the victim on that fateful day to discuss their usual business, but on getting to his house, he discovered that she came with what he thought was a huge amount of money.

“This made him hit her on the head with a heavy wooden stick, which and she became unconscious after which he carried the unconscious body of the victim to the bush where he finally sniffed life out of her.”

Oyeyemi explained that the suspect confessed that when he searched the woman’s body, he discovered that she only had the N22,200 with her and he was disappointed.

Having realized that his aim of getting much money from the victim was in vain, Oyeyemi quoted the suspect as saying he decided to cut off Mrs Adisa’s two wrists and ankles and sold same to somebody now at large.

“The suspect had taken the police to the bush where he buried the victim in a shallow grave, and the dismembered body had been recovered and deposited in the mortuary,” said Oyeyemi.

Meanwhile, the Commissioner of Police, Lanre Bankole, has ordered that the case be charged to court as soon as investigation is concluded, adding that anybody who is directly or indirectly involved in the case should be brought to book.