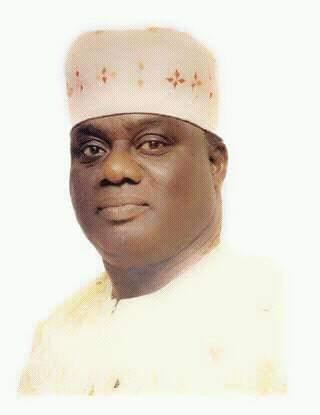 The governorship candidate of the Action People’s Party (APP) has unveiled a chain of new governing features he intends to introduce should he win the 2023 gubernatorial election in Ogun State.
While felicitating with Nigerians and the people of the State, Hon. Olufemi Falana, a United Kingdom-based philanthropist noted that he would make Ogun the first welfarist State in Africa.
He said the actualisation of good roads, efficient light rail services and Infrastructural Development would be his top priorities.
Falana said, “Leadership at any level should be about a determination and honest willingness to serve people.
“It is about a selfless task that has nothing much to do with a high degree of education or an impressive CV. If education were to matter in leadership, Nigeria should have been one of the best countries to live in the world given the number of well-educated Nigerians in the country.
Born in Lagos on June 1, 1959, Falana attended Ladi-Lak Institute,  Yaba, and had his secondary education at Pobuna Secondary Grammar School.
He worked for over two years at West African Portland Cement before leaving for further studies in the United Kingdom in 1982.
He studied Journalism and Mass Communications and has a Master of Arts in Diplomatic Studies and Post Graduate Studies in Social Sciences.
His professional qualifications include CIH (Chartered Institute of Housing) – Member; Certificate -CELaw in Public Policy & Environmental Management.
Falana, the last born in a large family of 11, runs a CAC registered poverty alleviation charity called Fal’s Foundation in Abeokuta.
He appeals to the people of Ogun State to elect him as their governor in 2023 towards enabling him to bring about the necessary changes in the economic, health, security, and welfare systems of the state.