Meet 11-Year-Old Genius With a Higher IQ than Albert Einstein, the Boy is Inspiring Many Around the World 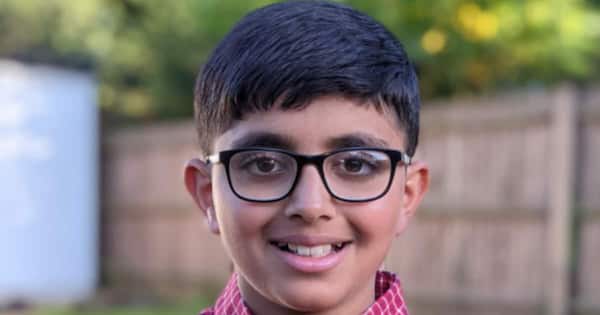 A child genius in Britain is grabbing all the headlines after it was revealed that he scored a higher IQ than renowned theoretical physicist Albert Einstein on a Mensa IQ test.

The IQ test, made by Mensa Norway, is an online test that indicates general cognitive abilities, represented by an IQ score between 85 and 145, where 100 is the population average.

Aarav Mehta, an 11-year-old boy from Sutton in south London, achieved the highest possible score of 162 on the test. According to The Daily Express, Aarav took it when he got bored during the summer holidays.

His score of 162 is not only the highest possible for children under the age of 18, but it is greater than the 160 thought to be Einstein’s IQ.

Speaking to My London, the young boy, with an interest in mathematics, admitted that it was a thing of utter spontaneity coming across the Mensa test.

Aarav said:
“I was bored during the holidays, so I did the Mensa online test. I then looked up a bit more about Mensa.”

“I didn’t have very high expectations [but] I was happy when I got the letter, which I wasn’t expecting .”

Scored in top one per cent of population

Explaining the test, he said it comprised of two papers.

He was the youngest in a room of almost 20 people completing the test at a centre in central London.

It took about two and a half hours to finish.

In his words: “I was very nervous when I went into the test room, it was full of people who were much older than me. I was scared but thought to stay calm.”

To be considered among those in society with a high IQ, a Mensa test candidate has to score in the top two per cent of the general population.

In Aarav’s case, he scored in the top one per cent. Both his parents, who, in addition to the young boy, have a younger daughter, Reeva, work in the Information Technology (IT) field. Aarav’s father, Keyur, works at Google and his mother, Nikita, is an employee at Sky.

Parents’ expectations exceeded
Keyur said: “We were hopeful he would be successful at Mensa but were surprised at how high he scored.”

His mum Nikita added: “Keeping Aarav intellectually stimulated has been challenging, particularly during the lockdown.

He gets bored easily. However, he is self-motivated to learn, including new languages.”

During the lockdown, Aarav self-taught in German and learnt Javascript, a text-based programming language.