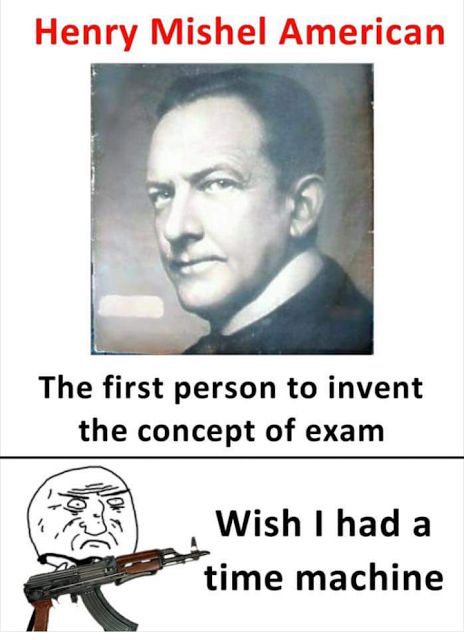 Exams can be really annoying right? Have you been wondering who actually invented this examination? We present to you Henry Fischel, the Professor who Invented Exams. He invented examinations.

According to historical reports, he invented examinations to test his students academically during the 19th Century.

When he was a professor at the University of Indiana, he always saw lenient students who believed that after the end of the year, they will pass to the next class without evaluation. He wanted to know whether what the students were taught was a mere waste of executive time.

Also, he yearned to recognize whether the students are studying properly or not.

These concerns were the justifications why he concluded to formulate an exam to review his students’ aptitude.

Did you know? That almost 2000 years ago in China, being a government official was a matter of great prestige, and the only way to enter this elite club of government officials was to pass examinations that were designed under the watchful eyes of Emperor Zhang of Hen.