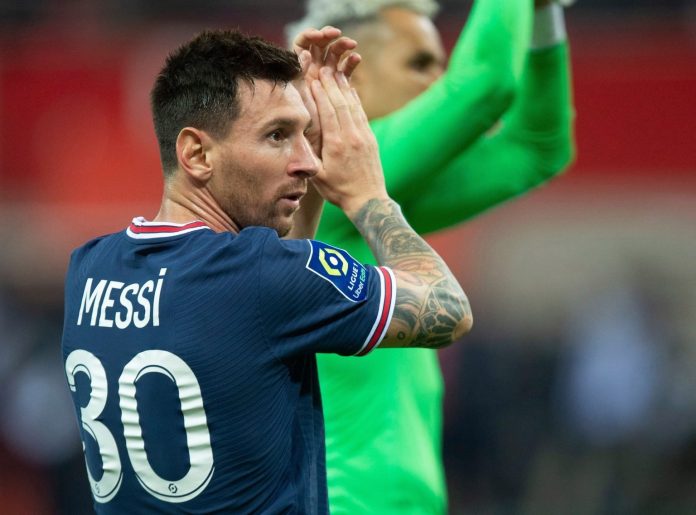 Lionel Messi’s first official Paris Saint-Germain appearance was watched by an average of over two million viewers in Spain.

This made it the most-watched French football game in the country ever.

Messi made his first appearance for PSG in their 2-0 win at Reims, following his move from Barcelona on a free transfer this summer.

The 34-year-old replaced Neymar for the last 30 minutes after Kylian Mbappe had netted the match-winning brace.

Messi’s debut was broadcast on the free-to-air channel Telecinco in Spain.

The figures released on Monday show that the match had an average audience of 2.2 million viewers, making it the most-watched programme in the country.

In total, over 6.7 million people tuned in to watch PSG’s win at some point during the 90 minutes.

Barcelona’s 2-1 win over Getafe in LaLiga, which was on pay-per-view television, averaged 591,000 viewers.