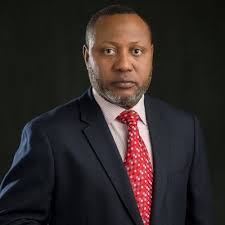 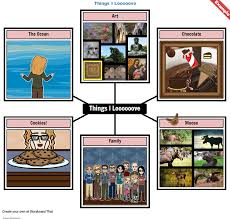 The Minister of State for Science and Technology, Mohammed Abdullahi, has called on ministries of education to expose primary and secondary school pupils to the technology storyboard project developed by the National Office for Technology Acquisition and Promotion (NOTAP) to demystify science and technology early.

According to the minister, Nigeria, with its huge human and material resources, in collaboration with the National Innovation Systems, can gain global recognition in the field of science and technology.

He said the technology Storyboard initiative is a step-by-step pictorial presentation of production processes of goods to enable students to understand the processes undergone from the raw material to the finished product.

“The idea is for children in primary and secondary schools to go through these production processes on daily basis to develop the technology culture and at the same time grow the desire to study science courses.

“I urge Ministries of Education at both state and local government levels to key into the initiative and ensure that all the primary and secondary school students are exposed to the technology storyboard project in order to demystify science and technology at the earlier stage of their lives,” he said.

The Katsina State Governor, Aminu Masari, who was represented by the Commissioner for Science, Technology and Innovation, Rabe Nasir, while declaring the programme opened said the state was ready to embrace any developmental initiative by the Federal Government through its agencies. He added that the technology storyboard initiative was a key teaching aid that could propel technology growth in the country and should be supported by all state governments.

The Director-General of NOTAP, Dr. Dan Azumi Mohammed Ibrahim spoke on the original aim of the programme. In his words, “NOTAP found that over 90 per cent of the technologies that power the Nigerian economy was foreign and for a country desirous of becoming one of the top 20 economies in the world, the situation was unacceptable.’’

To address this, Ibrahim said that in collaboration with some multinational companies operating in the country, 17 different step-by-step production processes from raw materials to the finished products have been developed to be distributed to primary and secondary schools across the country to aid teaching and learning of science subjects.

He gave an instance of Nigerians knowing Soya beans and maggi seasoning used for preparing food. He said with TSB the students would appreciate what happens between soya beans and maggi.
He said the project kicked off in Abuja few years ago but the Office identified the need to spread the good news across the federation for all Nigerian students to benefit from the teaching aid.

He urged the state and local authorities to create awareness by producing more of the books and banners for schools in their environs to benefit from the initiative.

The University of Calabar, UNICAL, COVID-19 Task Force Committee has commenced the fumigation of the institution’s environment ahead of February 5 resumption date for...
Read more
Edu-News

Governor Abdullahi Umar Ganduje of Kano State has on Friday dumped the option of closing down schools as a result of the Covid-19 pandemic. Ganduje...
Read more