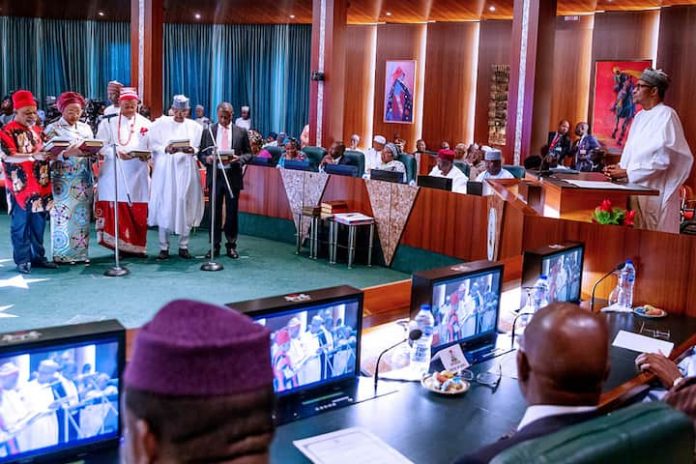 The accusation was made on Wednesday, October 13, by the Senate president Ahmad Lawan during a plenary of the National Assembly, Premium Times reports.

Ahmad noted that these MDAs, six in number, are yet to appear before the Senate committee on loan and foreign debts to defend the loan request by the government.

In his view, the act is being considered by the Senate as a sabotage to the effort of the federal government to secure the loans and fund the infrastructure development immensely needed by the country.

“…These MDAs failed to appear. The Senate considers this attitude as a sabotage to the effort of the federal government to secure the loans and fund the infrastructure development that this country desperately needs.

“Because already, the National Assembly has approved the loan requests but there is need for clarification.

“We are giving them just one week to appear before the committee on loan and foreign debts and if they fail to appear, we’ll take appropriate and prompt action because this Senate will not condone any sabotage to the effort of this administration.”

A list of the blacklisted MDAs are given below:

Added to this list is the National Agency for Science and Engineering Infrastructure (NASENI).