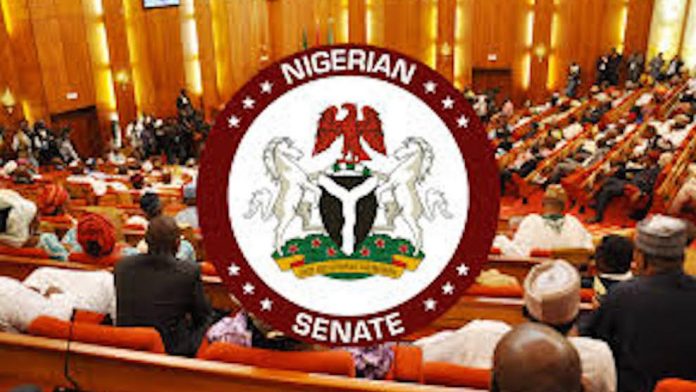 The Senate on Saturday demanded speedy completion of the renovation of the National Assembly Complex being handled by Visible Complex Nigeria Limited.

The Chairman, Senate Committee on Federal Capital Territory, Senator Smart Adeyemi made the demand in Abuja when he led the committee on an on-the-spot assessment of the ongoing renovation.

The site engineer of the firm, Tajudeen Olanipekun, however, requested more mobilisation funds from the Executive Secretary, Federal Capital Development Authority ( FCDA), Shehu Hadi Ahmad who represented the Minister of the Federal Capital Territory on the oversight exercise.

FCDA had in March this year, due to serious dilapidation of the National Assembly Complex, awarded contracts for the rehabilitation of critical segments like the hallowed chambers of the Senate and the House of Representatives, the dome in the White House as well as the construction of the office of National Assembly Service Commission ( NASC) and Library at the cost of N30bilion.

Contractors handling the projects, which are to be delivered in phases between January and August 2023, were given N9 billion mobilisation fee as disclosed by the FCT Minister, Mallam Muhammad Musa Bello in June this year during the first on-the-spot assessment visit by the Senate Committee on FCT.

But at the second visit by Senator Smart Adeyemi-led committee on Saturday, members of the committee were worried at the slow pace of work.

Senator Adeyemi in particular said that the renovation works being carried out at both chambers were commendable but the spate of work is slow and worrisome.

Senator Adeyemi said: “This project must not be abandoned in any way. The hallowed chambers are expected to be completed and delivered by the end of January 2023. But the level of work seen here today is not pointing at that, which to us, is a threat to our legislative duties and functions.

Non-completion of this project at designated times is even a threat to democracy itself because we don’t want the incoming government to inherit it as an abandoned one. So, this committee wants to know the challenges confronting the contractors as regards expeditious execution of the projects.”

The site engineer blamed the slow pace on fluctuations in the value of naira to dollar which has made the importation of required materials and equipment problematic, aside from the need for more mobilisation funds from FCDA.

In response, Adeyemi said: “The Executive Secretary of FCDA and Chief of Staff to the Minister, you have heard the contractor; please, give them more money for this project because we don’t want to hand over a problem to the incoming government.

Even if it is a bond to be taken from a bank, let it be done for the timely completion of the project, please.”

He further reiterated: “For us in the National Assembly, we want well-transformed hallowed chambers to be handed over latest by April 2023.”