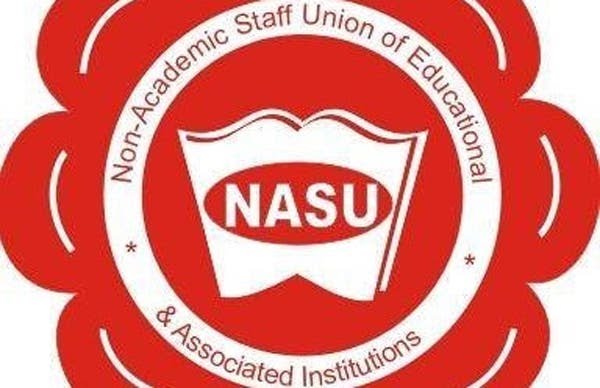 The Imo Council of Non-Academic Staff Union of Educational and Associated Institutions (NASU) has urged the Imo Government to pay salaries of workers under the union without discrimination.
The State Chairman of the association, Mr George Offoregbu, made the appeal during a protest rally held by members of the association at the Imo State Universal Basic Education Board (IMSUBEB) on Wednesday in Owerri.
He expressed the association’s displeasure at the staggered payment of salaries of the non-academic staff in the state and called for a change.
“We say no to the staggered payment of salaries of our members. Government of Imo State should pay workers the salaries they are owing.
“This staggering payment cut across all establishments in the state, especially in SUBEB and Secondary Education Management Board (SEMB).”
“Workers deserve their wages and it should not be compromised. The idea of Mr A or Mr B receiving salary this month and another month it will go to Mr C is not acceptable to us.

“The payment should be done simultaneously. Let every worker in Imo be paid at as when due. All the workers are serving the same government,” he said.
Offoregbu said that the workers were not ghosts as believed in certain quarters and challenged the Imo Government to provide reasons why the workers would not be paid.
” Imo workers are dying every day, workers on daily medication cannot provide for their medication any longer because the funds are not there. We are suffering from stomach infrastructure. The governor should help us. He should pay our members,” he said.
Offoregbu said that they had been on a three-day warning strike to seek approval for the extension of retirement of the non-teaching staff from 35 years of service and 60 years of age to 40 years and 65 years of age, respectively by the Federal Government as approved for the teachers.
The union is also demanding a special salary scale for non-teaching staff, rural posting allowance and non-teachers conversion programme as well as ICT training to mitigate the current dearth of qualified non-teachers in the school system.
It is also requesting the inclusion of non-teaching staff on the SUBEB board.
Offoregbu said their demand became necessary as the non-teaching staff were also professionals and possess equivalent certificates and experience with their counterparts in the teaching profession and play vital roles in graduating the pupils/students
It was reported that the protesting workers carried placards with these inscriptions: “Injustice anywhere is a threat to justice everywhere”, “I am not a ghost worker, pay me for the months owed” and “NASU rejects discrimination policy.”
Other inscriptions read “Is it a crime to be a non-teaching staff. What is good for the teachers is good for the non-teaching staff” and “Discriminatory tendencies will destroy the school system.”
Some of the protesters expressed sadness with the way they were being treated as ghost workers, saying that in some cases husband and wives share the same ordeal.
Mrs Augusta Otuonye, Mr Victor Egbujo and Mrs Ngozi Ebonine from SEMB and IMSUBEB lamented that they are yet to receive their salaries since March 2020 and urged the government to come to their aid.
Workers have been on a three-day warning strike nation wide to drive home their demands. The strike ended on Wednesday.