A 56-year-old widow and mother of four, Mrs. Ajisegiri Kehinde Sidika has been arrested by operatives of the National Drug Law Enforcement Agency, NDLEA at the Murtala Muhammed International Airport, Ikeja, Lagos over her attempt to traffic 400grams of cocaine concealed in her footwear to Makkah, Saudi Arabia.

According to a statement issued on Sunday by the NDLEA’s spokesperson, Femi Babafemi, the suspect, who claims to be a businesswoman trading in adults and children’s wear on Lagos Island, was apprehended on Sunday, November 13th, while attempting to board a Qatar Airways flight bound for Saudi Arabia via Doha.

Babafemi disclosed that upon a critical examination of the pair of sandals she wore, two parcels of cocaine weighing 400grams were recovered from them.

On their other arrests, NDLEA operatives also thwarted attempts by a tricycle parts seller, Ayoade Kehinde Tayo to send 1kg of Tramadol 225mg and Rohypnol to Istanbul, Turkey via Cairo on an Egypt Airline flight.

“He was at the airport to hand over the drugs hidden inside a bag of food items to an intending passenger, Idowu Ayoade but was arrested before he succeeded in doing that,” Babafemi said.

“An intending passenger to Oman via Asky airline, Agbamuche Bright Nkeonye, and a lady, Adeoye Oluwakemi Fatimo who accompanied him to present a bag containing varieties of foodstuffs and body lotion which were used to conceal 1.10kg Cannabis and some Rohypnol capsules were also arrested at the departure hall of the Lagos airport on Thursday 18th November.”

Also, anti-narcotics officers attached to the SAHCO export shed of the airport foiled attempts by traffickers to smuggle consignments of cannabis and ecstasy tablets concealed in three tubers of yam going to Dubai, UAE on Wednesday 17th Nov.

The NDLEA spokesperson disclosed that the freight agent who presented the yams for export, Inegbu Ugochi Akunna was promptly arrested while the consignor, Ahmodu Sulaimon was also nabbed thereafter.

Again at the Brawal container shed of Kirikiri lighter terminal in Lagos, NDLEA operatives equally intercepted cartons of deadly drinks in a container marked APZU3671697 during a joint examination with Customs.

Babafemi said, “Though the bill of lading indicated that the container originated from Cape town, South Africa, a search of the shippers’ database showed it was loaded from Antwerp, Belgium.

“A full inspection of the container on Thursday 18th Nov showed a total of five cartons of beverages labeled as Euphoria cannabis beer and three cartons of cannabis energy drink were found. Other drinks in the container include 21 cartons of a drink labeled as monkey shoulder; 20 cartons of dead man’s finger; and 139 of champagne fruit, among others”.

In a related development, not less than 5.6 kilograms of methamphetamine, cocaine, and tramadol were discovered in items like play stations, bicycles, motor propellers, and local fabrics packaged for export to Australia and Cyprus through some courier firms in Lagos.

“Two suspects, Gabriel Emeka and Vintura Grillo have been arrested in a follow-up operation linked to one of the seizures,” Babafemi said.

“The consignment loaded in Ibadan, Oyo state, was going to Abuja for distribution.

While operatives intercepted 25,000 capsules of Tramadol in Plateau and arrested the owner, Ifeanyi Nweanwe, a beer parlour operator in a follow-up operation in Bauchi, pharmaceutical opioids worth more than N30 million were intercepted in a commercial bus in Asaba, Delta state on Thursday 18th Nov”, the statement read.

In Ondo state, operatives stormed the Ijare forest, in Ifedore LGA on Friday 19th Nov where a total of 600.5kgs of cannabis weed and seeds were recovered, while 142.8kgs of the same substance were seized when NDLEA officers raided zone 3 motor park in Wuse area of Abuja.

Again, operatives on routine stop and search patrol along Owerri-Onitsha road arrested a suspect, Nwankwo Emmanuel, with 25 blocks of cannabis Sativa weighing 12.5kgs in a commercial bus going to Port Harcourt from Lagos. 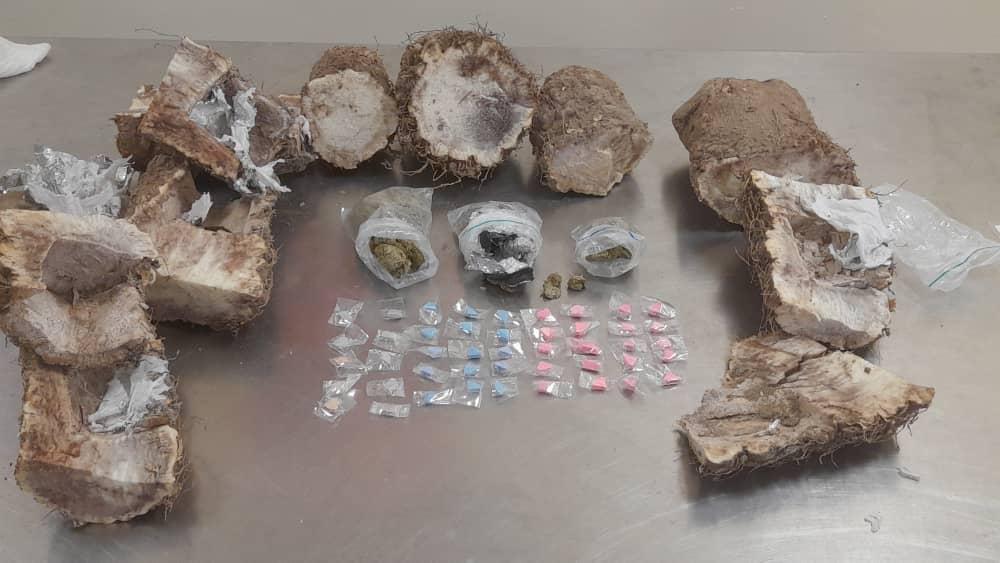