As of today, Nigerian students have been home for about 130 days no thanks to the strike by the Academic Staff Union of Universities which has been on for over four months. There are at least 1.2 million students in Nigeria’s federal universities currently idling away at home. Meanwhile, our leaders are busy politicking about who takes over in 2023.  Despite making numerous promises to stifle corruption, this administration has overseen some of the most egregious financial crimes. Billions of Naira that could have been invested in buying weapons to fight insecurity, fund education, and address other societal malaise have been reported to have wiggled their way into the pockets of the high and mighty in many atrocious ways in the past few months.

Yet, the Muhammadu Buhari-led government is moving on as if all is well. They have told us that the protracted issues surrounding ASUU demands are complex but that they will continue to figure out how they could be resolved. I need not say that it has taken successive Nigerian governments more than 30 years to resolve these so-called complexities in the ASUU demands.

I started covering the ASUU strike as an education reporter with the Tribune newspapers in the 90s.  Then reporters would wait till midnight for the outcome of negotiations between the Federal Government and ASUU representatives at the federal ministry of education complex which now serves as the National Open University complex in Lagos. Our usual headline then was: “FG, ASUU talks end in deadlock’’ Devastatingly, this is still the headline today, yet we have individuals that could steal at least N80bn from the national treasury.

Nigerians may have a better understanding of the gravity of the charge against Nigeria’s suspended AGF Ahmed Idris when we consider how long it took the Federal Government to release N34 billion for the payment of consequential adjustment for the minimum wage of workers in the education system – something that should be a legitimate right of these workers.

In other words, the N34bn released by the FG was meant to take care of part of the wages of this huge number of academic staff in Nigeria’s federal universities. Yet it is not even up to half of the money that an individual has been accused of stealing from same Nigeria’s treasury.  Yet the government keeps saying it does not have enough money to meet ASUU demands.

I recently received the news report that President Muhammadu Buhari has approved the process for appointing a new Accountant General of the Federation with mixed feelings. While the development brought some relief, it also brought some trepidation as well. I have been paying heightened attention to the affairs of the Office of the Accountant General since the reports of high-level graft in the institution were brought to light. Something interesting that I found recently was a memo from the workers’ unions addressed to Nigeria’s Minister of Finance, Zainab Ahmed.

Unsurprisingly, the memo all-but-confirmed to me that the OAGF might have been run haphazardly since the suspension of Ahmed Idris, Nigeria’s AGF accused of corruption to the tune of N80bn.  In the letter dated June 6, the staff unions pleaded with the finance minister to adhere to the provision of a certain circular called the “Federal Establishment Circular 2011-2020” in subsequent appointments of an AGF thus implying that the appointment of the current acting AGF, Anamekwe Nwabuoku, whose tenure is billed to end soon, might not have followed the due process. 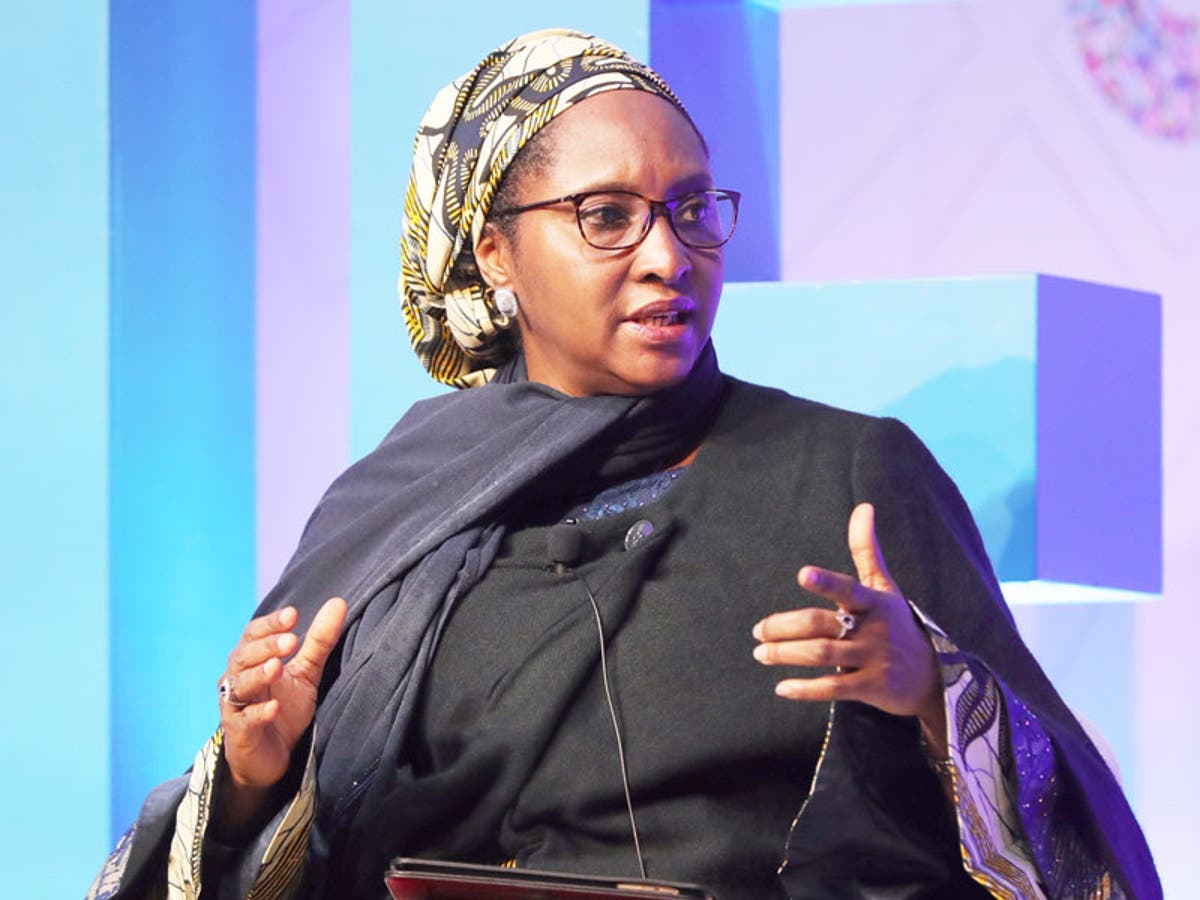 Part of the provision of the Circular 2011-2020 which I learnt originated from the Office of the Secretary to the Federal Government is that “Pending the appointment of a substantive Head of Extra-Ministerial Department/Director General/Chief Executive Officer of parastatals, Agency, Commission and Government Owned company, the outgoing Chief Executive Officer must hand over to the next most Senior Officer of the establishment, as long as the officer does not have any pending disciplinary matter.”  Maybe Nwabuoku was not the most senior director in the OAGF at the time of his appointment.

The Head of the Civil Service of the Federation, Folashade Yemi-Esan, while relating the President’s directive on the appointment of a new AGF, has said that the substantive AGF should be taken from the pool of directors in the office of the AGF. Therefore, all accountants in the pool who have attained Grade Level 17 by January 2020 and are not retiring till December 2024 are eligible to participate in the exercise except those undergoing disciplinary action. This sounds logical. But here is the crux of the matter. Does this address the workers’ demand?  Who takes charge of the OAGF before the appointment of a substantive AGF?

Having watched the federal government’s ill-treatment of workers in other sectors, their recent subversion of the workers’ demands further explicates a concerning pattern of behaviour. Going by the workers’ demand, the most senior director (Accounts) in the OAGF should be in charge pending the appointment of a substantive AGF.  Will the government grant this demand or will the OAGF remain rudderless until the appointment of a substantive AGF?

For one, simply studying this recent development alludes to the ridiculous level of unaccountability and inconsistency present in the methods of appointment of the Accountant General of the Federation, which is a travesty! Also, we do not need a soothsayer to tell us that leaving the treasury rudderless is an indirect invitation to unimaginable graft and looting in a country like ours. With what we have been told allegedly transpired at the OAGF by a sitting leader himself, I don’t want to imagine for a second what would happen to Nigeria’s treasury if we get to a point where nobody can be held accountable for what goes wrong there.  Imagine a treasury where the main overseer has been accused of stealing N80bn by the Economic and Financial Crimes Commission? The anti-graft agency has also said that it has uncovered a fresh N90bn graft bringing the total scam to N170bn.

If this happens in a well-structured system, imagine what would happen when nobody is held accountable.  Looting galore!  This is not in any way implying that a mere appointment of a senior director to oversee the OAGF will drastically cut down on corruption in the office but at least, having somebody in charge will provide some sense of sanity and control.  We know Nigeria is in a big mess but our leaders still owe us the duty of minimising our losses via looting.

The AGF is the administrative head of the treasury of the Federal Republic of Nigeria.  It is high time we started interrogating how people are appointed to this office. For example, should the Office of the AGF be held by political appointees or just strictly career civil servants? Would there be any significant difference in the way our treasuries are managed if the occupiers of these offices climb the civil service ladder and leave in line with civil service rules guiding their age of retirement?

From the directive of the president, it would appear that the appointment is expected to follow the civil service rules. But what happens before a substantive AGF is appointed? Who will be in charge of the OAGF?  How can a country leave its treasury rudderless and still expect things to run normally? Who oversees the office and from whom do we require an account? Could our leaders be deliberately creating a situation where people can loot and steal? Why should workers be begging a minister to ensure a proper handing over in an establishment? Again, what happens after the tenure of whoever becomes Nigeria’s new AGF? Would a president appoint a replacement or follow the civil service rules?

Common sense demands that just as we should have models and structured policies that better our education, national security, and economy, we should also have a structured model for appointing an accountant general. If we want to give the job to career civil servants, let’s stick to it. Make no mistake, this is not to say that civil servants can never be fingered concerning issues of corruption. After all, some people have alleged that civil servants are even more corrupt than politicians. In fact, most of the Nigerian children schooling abroad are reportedly children of senior civil servants and politically exposed Nigerians, and their ability to foot the astronomical tuition costs of foreign education (in foreign currency) probably alludes to some truth that many civil servants are involved in graft.

However, this does not undermine the need for orderliness and consistency in the system. If the question of order is settled, we can now focus on making corrupt people pay for their sins. In my opinion, punishment for graft should include total confiscation of both assets and a total refund of the money stolen from our treasury.

We can’t keep creating opportunities for unaccountability or mismanagement by flouting well-laid down rules. It simply exposes our system to compromise, with the possibility of introducing characters who loot national assets, ruin education, security, economy, and invariably the lives of thousands of Nigerian citizens.

Olabisi Deji-Folutile (Ph.D.) is the editor-in-chief of franktalknow.com and a member of the Nigerian Guild of Editors. Email: bisideji@yahoo.co.uk