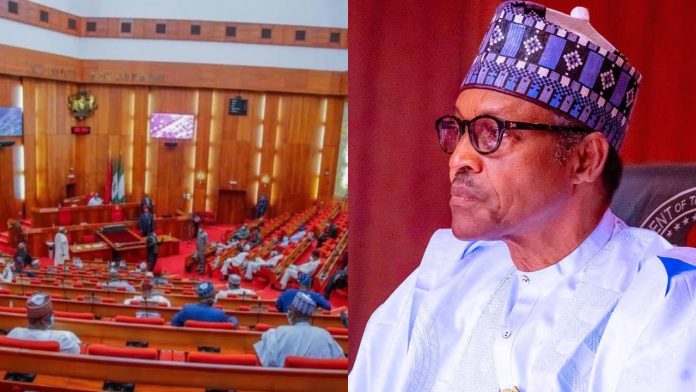 As the National Assembly transmits the new electoral bill to the executive for assent, civil society partners on electoral matters have asked President Muhammadu Buhari to rise above elite political conspiracy threatening the legislation and sign it into law.

According to the partners, the President should demonstrate statesmanship, courage and avoid the needless Governors versus National Assembly controversy. They also urged the President to be on the side of Nigerians that are eager to have the act in operation before the end of 2021.

According to the partners: “the amendments and innovative provisions in the new electoral act bill are significant legal frameworks good enough to reinvigorate the electoral process, engender credibility and win the confidence of Nigerians in our elections.

“We wish to inform President Buhari that the Governors versus national Assembly controversy over modes of party primaries is not sufficient to delay the signing of the bill because the success or failure of party primaries is mainly due to the character of politicians, and not the system.

“There is no law that is 100 percent perfect; consequently, we urge the President to sign this bill and allow the country to test the new amendments and exclusive provisions in the new electoral act at the remaining off-cycle elections in the country.

“We also wish to urge President Buhari to remember the promise he made to Nigerians in late 2018 to sign the electoral bill amendments after the 2019 general elections, and also his commitment to the Independent National Electoral Commission (INEC) that ‘we will make available to them (INEC) everything (including signing the new electoral bill) they need to operate efficiently, so that no one will say we don’t want to go, or that we want a third term.’

“This is a glorious opportunity for President Buhari to etch his name on Nigeria’s democratic plate by signing this bill in record time and by making it one of the fastest legislation ever signed into law by a Nigerian President.

“While the bill was passed as electoral act bill 2021, it would equally be significant for the President to sign it as the end of 2021 gift to Nigerians.”