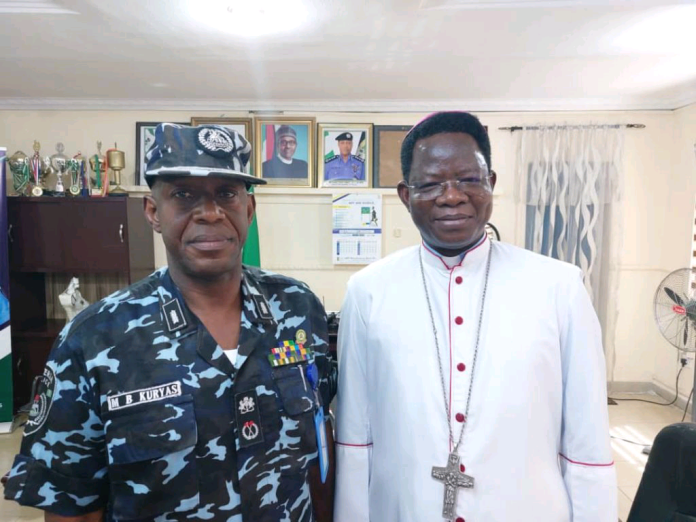 Chairman of the Niger State Christian Association of Nigeria, CAN, Most Rev. Bulus Dauwa Yohanna has urged the government to improve the welfare of security personnel if the constant insecurity confronting Nigeria is to be curbed.

Yohanna made the call during a familiarization visit to the Commissioner of Police, Niger State Command, CP Monday B. Kuryas at the Police Headquarters, Minna.

The state CAN Chairman also commended the Police and other sister security agencies in Niger State for their efforts in tackling the insurgency that has wreaked havoc in parts of the state.

Yohanna, who is also the Catholic Bishop of Kontagora Diocese said, “I commend the entire security apparatus for your untiring efforts in tackling the insecurity.

“I call on the government to improve the welfare of all security agencies and to equip them well so they can be well motivated to carry out their duties”.

He appealed to Nigerians across the country not to relent in praying for the Police and other sister security agencies to overcome all the security challenges that have bedevilled the country.

Responding, the state Commissioner of Police, CP, Monday Bala Kuryas charged Christians to continue to pray for the nation and Niger State to surmount its current security problems.

He said, “you should be vigilant, watch and pray for the security and unity of our country”.