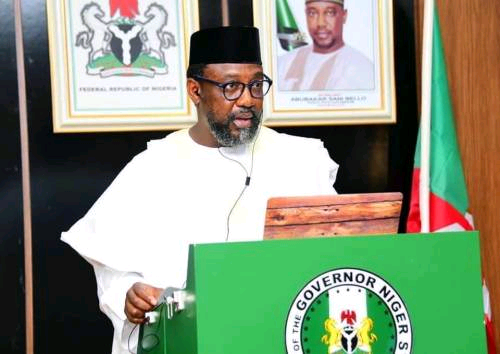 The Niger State Governor, Abubakar Sani-Bello has banned the sale of motorcycles in the state.

The Secretary to the State Government, Ahmed Matane, disclosed this in a statement issued in Minna on Saturday.

Matane said the ban was due to incessant security challenges in parts of state.

He stated that the motorcycle sales ban was also informed by the fact that bandits and kidnappers now demand motorcycles as ransom.

The ban covers the sale of “any motorcycle (Bajaj, Boxer, Qiujeng, Honda ACE, Jingchen) with engine capacity from 185 Cubic Centimetres (cc) and above”.

READ ALSO: Monarch’s Brother Kidnapped By Unknown Gunmen On His Way From Farm In Kwara

Matane stated also that the measure was aimed at eradicating the activities of criminals, bandits and kidnappers who unleashed mayhem on innocent citizens.

The statement read, “Following the incessant security challenges in some parts of Niger State and coupled with the demands of motorcycles as ransom by bandits and kidnappers, the State Governor, Alhaji Abubakar Sani Bello has directed the immediate ban on the sales of motorcycles across the State.

“Government is aware of the inconveniences the measure would cause the people, but the decision was taken in the overall interest of the State and appealed to the dealers of motorcycles across the state to cooperate with the directive.”

The development is coming months after the state government placed a ban on the activities of commercial motorcyclists.