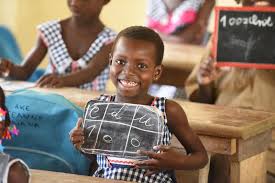 The United Nations International Children’s Education Fund has lamented that Nigeria has the highest number of out-of-school children in the world.

This was disclosed in Sokoto State by the UNICEF Education manager, Sokoto office, Miriam Mareso, who informed that the country has produced one among every five out-of children in the world with statistics showing that the government spends only 2.4 percent of its Growth Domestic Product (GDP) on both health and education.

Miriam Mareso said this during the opening of a five-day Media Dialogue on Girl Child Education organised for media representatives reporting in Sokoto and Zamfara States.

Mareso urged the government at all levels to, for the sake of creating an enlightened society, implement all policies on girl child education and to ensure the application and fulfilment of budgeted funds for that purpose.

“Government at all levels is expected to put more efforts in implementing policies on girl child education and ensure sustainability while gender and cultural norms, among others, had been identified as some of the major factors responsible for less enrolment of the girl child, especially in Northern Nigeria”, she said.

The UNICEF education manager noted that an average poor girl in Nigeria might have only 50 percent opportunity of gaining access to both primary and secondary school as there has been only 20 percent enrolment in primary schools while about 30 percent are enrolled in secondary school.