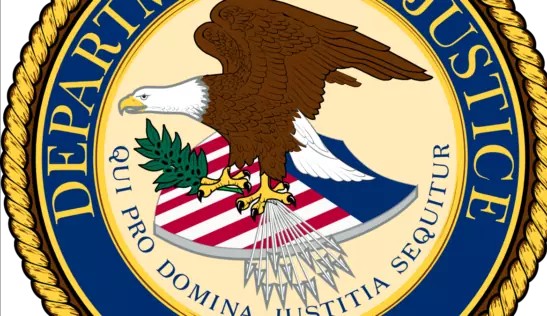 United States authorities have arrested a Nigerian for computer fraud in a scheme worth about $800,000 (₦328 million).

US Department of Justice (DoJ) in a statement said the Nigerian named Charles Onus was arrested for charges in connection with a scheme to conduct cyber intrusions of multiple user accounts maintained by a company that provides human resources and payroll services to employers across the United States, in order to steal payroll deposits.

“As alleged, Onus did this as effectively as someone who commits bank burglary, but with no need for a blowtorch or bolt-cutters. Thanks to the FBI and IRS-CI, Onus is in custody and facing serious federal charges.”

IRS-CI Special Agent in Charge Jonathan D. Larsen said the IRS Criminal Investigation will always work with the law enforcement partners to track down those who try to breach our country’s tax and financial infrastructure.

Onus, according to DoJ, participated in a scheme to conduct cyber intrusions of multiple user accounts maintained by a company that provides human resources and payroll services to employers across the United States, in order to steal payroll deposits processed by the Company.

After Onus successfully gained unauthorized access to a Company user account, he changed the bank account information designated by the user of the account so that ONUS would receive the user’s payroll to a prepaid debit card that was under Onus’s control.

From at least in or about July 2017 through at least in or about 2018, at least approximately 5,500 company user accounts were compromised and more than approximately $800,000 in payroll funds were fraudulently diverted to prepaid debit cards, including those under the control of Onus. The compromised company user accounts were associated with employers whose payroll was processed by the company, including employers located in the Southern District of New York, according to DoJ.

Onus, 34, resident in Nigeria, risks a sentence of 10 years in prison.