Nigeria: The Ordeal Of Parents Of Bethel High School Students 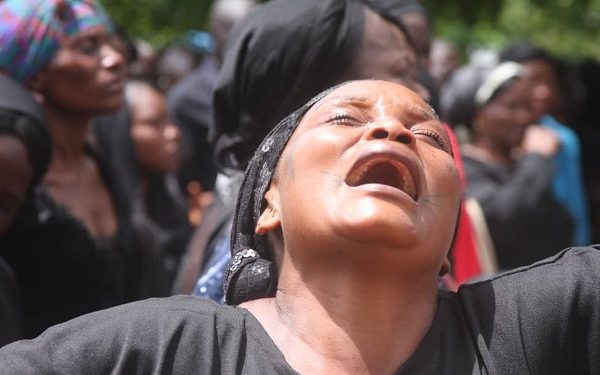 In Nigeria, the ordeal continues for the parents of the kidnapped students from Bethel High School. On July 5, armed men raided the dormitories of this establishment in Chikun, in Kaduna State. About 20 students and a teacher were found by the security forces, but at least 119 residents are still missing.

The attack devastated the parents of this Christian high school who are desperately awaiting the return of their children by praying for long hours every day and organizing vigils. Schoolchildren were sleeping when heavily armed men overpowered the security guards and entered the school grounds, opening fire at random.

As in most recent attacks, the kidnappers acted at night, forcing the children to follow them on foot in the dark into the nearby forests. “Last night I couldn’t even sleep when it was raining. I imagined the rain was falling on her head. She’s allergic to the cold. I imagined how she was feeling right now. ‘m cold and need to use a blanket. How does she cover herself? ”, says Hassana Ayuba, mother of an abducted child.

READ ASLO:  How I was kidnapped, assaulted by 15 men inside thick forest – Lady reveals horrifying experience

Since Chibok abduction in 2014, kidnappings have increased in northwest Nigeria. Nearly 1,000 schoolchildren have been kidnapped since last December. Most were released after negotiations but many remain in the hands of their captors . “Pass a law that completely stops child abduction in Nigeria. I am a mother. I wouldn’t want someone to take my child from me for a single day. Imagine the trauma parents have been going through since Monday. last week ,” said Hassana Ayuba.

The security forces are ordered to do everything to release the students. President Muhammadu Buhari is criticized as the security situation continues to deteriorate. Criminal gangs terrorize northwest and central Nigeria, looting villages and stealing cattle. “I am very worried, so much so that sometimes words fail to express myself. I want to say that the government of Nigeria has promised to protect lives and property. Maybe we can say they have us. dropped, “says Wobia Jibrailu Ibrahim, father of an abducted child.

The governor of Kaduna State is also singled out for his refusal to negotiate with the kidnappers. Desperate and helpless, the parents of Bethel high school do not know which way to turn.