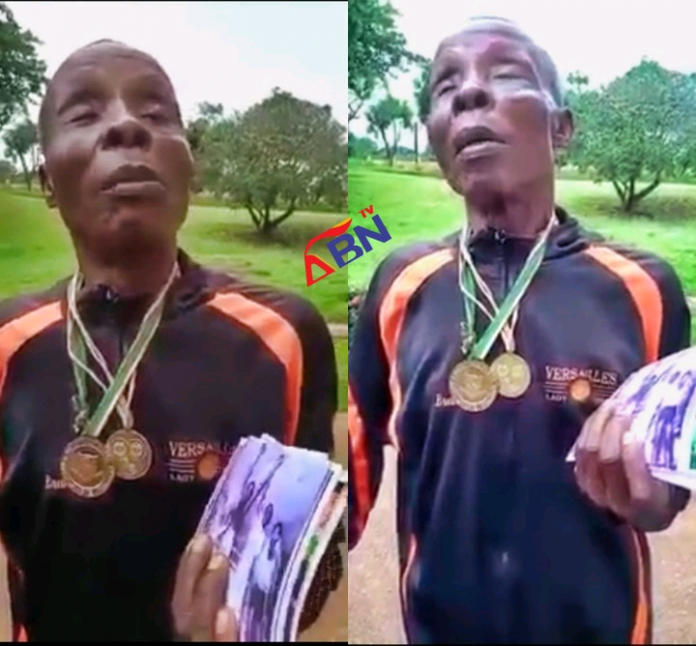 A 1974 Commonwealth boxing gold medalist, Steve Ogboh is currently begging kindhearted Nigerians to come to his rescue following the loss of his sight as well as poor living condition that has left him with the option of begging in Enugu streets for survival.

The Nkanu East, Enugu State-born boxing professional boxer in a video obtained by ABN TV said he won a gold medal in 1974 in Australia after trouncing a man from New Zealand, Sylvester Hankor by a knockout at the second round of the game.

He said the then Yakubu Gowon administration apart from welcoming him in Dodan barracks and giving him a military escort, did nothing more to accord him recognition for the honour he did the country.

According to Ogboh, he was subsequently recruited as a coach for Nigerian side after which he was retired six months later.

The 1975 national sports festival gold medalist, therefore, appealed to the government to assist him with instruments that can aid his mobility, having lost his sight.

He also decried inhuman treatment meted to him in his community where he has allegedly been banished from.