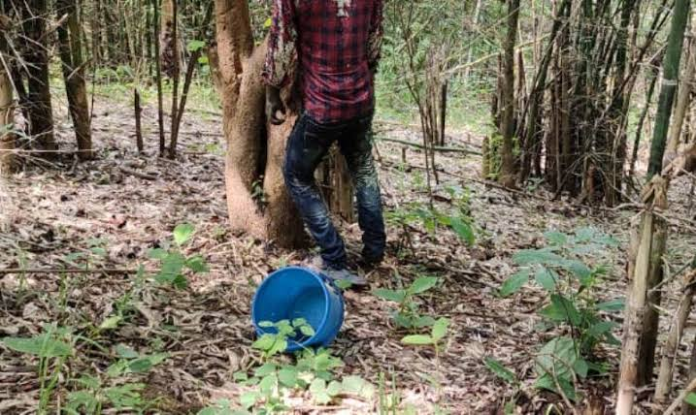 Joe Izzikil, a Nigerian man who had been declared wanted in connection with a drug case, was found dead after a police chase in Maharashtra’s forest in Thane, India.

According to a police statement on Sunday, the suspect, Joe Izzikil, had disappeared into the forest near Naglabunder while being chased by a police team on Friday morning.

The police explained that Izzikil was later found lying on a pipe after a fall near a deserted house in the forest. He was rushed to a hospital, where doctors declared him dead.

“Izzikil, a resident of Nallasopara, had several cases of drug possession registered against him, and his wife had also been arrested by the police in neighbouring Mumbai”, the statement read.

India’s Anti-narcotics cell (ANC) also revealed that they earlier arrested one Sandeep Maurya, a resident of Santacruz, with 80 gm of mephedrone (MD) powder.

“During the probe, Maurya named two Nigerian nationals as his suppliers. Accordingly, the ANC asked Maurya to ask the duo to bring the contraband and laid a trap around 7.30 am in Naglabunder.

“While the police managed to apprehend one of the men, Izzikil ran into the forest and disappeared”, an ANC official said.

The statement said the accidental death was reported and the body was sent for post-mortem.