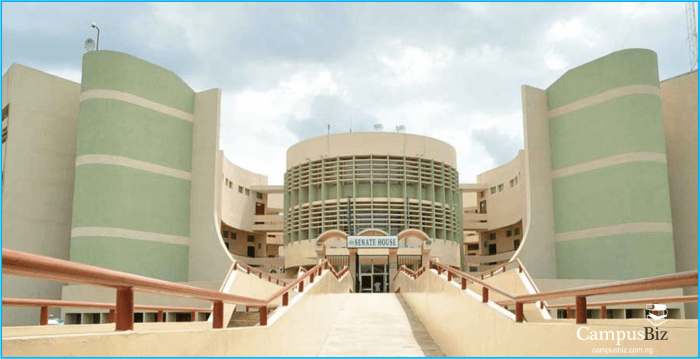 It is hard to not complain about this country these days. The killings of Nigerians both within and outside the nation’s shores are overwhelming. The economic outlook is getting dimmer by the day. The Bureau of Statistics has told us that Nigeria’s economy grew by mere 1.94 percent in the second quarter of 2019.

In the midst of this gloom, executive rascality is on the rise at an alarming rate.  Just a few days ago, a train was allegedly delayed for two hours because of two ministers.   Similarly, a vice chancellor reportedly stopped an induction ceremony for fresh pharmacists midway to do what his aide described as complying with due diligence.

The university’s spokesperson even had the audacity to tell Nigerians to commend his boss for insisting on doing the right thing. In other words, we should commend the VC for not being proactive and for failing to do what he was employed to do as at when due. For those wondering what the event is all about, it was the induction of pharmaceutical graduates at the University of Ilorin. The parents and the prospective graduates had all seated before the VC reportedly cancelled the list of successful students that had earlier been cleared by the university’s senate. The ceremony later held after the VC was convinced that the right people were on the list.

That is the horrible mentality of the people in power in Nigeria and their aides.  When our leaders perform their duties, they think they are doing the citizens a favour. When government officials are criticized, their aides call critics wailers for daring to express dissatisfaction with their bosses’ executive recklessness. I doubt if Lord Acton could have imagined the level of official recklessness in Nigeria now when he came up with the notion that power corrupts and absolute power corrupts absolutely.

In the midst of all our peculiar mess, however, the Nigerian government deserves commendation for being consistent on one thing over the years-that is making education free for those enrolled in its fully owned universities and other higher institutions.

I must confess that I am not an advocate of a totally free university education.  I know that no good university education can come cheap. I also know that countries that provide quality free education to their citizens up to the university level also impose huge taxes on their people to cover the cost. That’s why we should admit that the cost of running free tertiary education in Federal Government-owned higher institutions must be a burden that the Nigerian government has shouldered for so long, but is rarely commended for.

To train as a medical doctor in any Federal Government owned university in Nigeria, the Nigerian Government is said to spend at least N3, 860, 100. No private university in Nigeria will do that for less than N8million. Some charge as high as N3m per session.  This is far cheaper than what it costs to train doctors in many other parts of the world. For instance, the unit cost of training a doctor in the British National Health Service (NHS) according to a 2012 study by the UK Department for Health was estimated at between £269,527 and £564,112 for a Foundation Officer 1 and Consultant respectively.  The doctors and their families share this financial burden through personal funding and loans. No wonder, Britain and quite a number of other countries are quick to recruit Nigeria’s qualified doctors. It is far cheaper to get them.

Nigerians appear to have become so entitled to free tertiary education that they think it is an anomaly for government to ask them to contribute substantially towards their education.  The other time the University of Ibadan asked medical students to pay N100, 000 extra for accommodation; some professional courses; and fieldwork, there was wild protest. Yet, we keep complaining about the rot and decay in public universities forgetting that we need adequate funding to run a good system. There is no information in public space as to what it currently costs to educate a student in Federal Government’s owned institutions, but as far back as 2009, the Nigerian government was reportedly spending at least N350, 000 on each student in a federal university.

Remember, the Federal Government pays the salaries of academic and non-academic staff;  equips  the libraries, laboratories; funds researches; builds classrooms, halls of residence; maintains these structures; and does virtually every other thing needed to run their universities.   Since money invested in these institutions is hardly enough, we will always have cases of residential halls being in bad shape; rooms invaded by bedbugs, bad toilets and overcrowded rooms.

Indeed, instead of complaining, every Nigerian that is privileged to be sponsored by the Federal Government through the university should be grateful. Honestly, such privilege is not common. A medical doctor in the USA pays an average of $2,398 a month for a 30-year repayment plan (360 payments). In other words, a medical doctor owes taxpayers and government $863,500, paid back in monthly instalments.

Those whose children are in private universities know how expensive it is to get a higher education. For instance, Babcock University charges N3, 500,000 for Medicine & Surgery and N2, 000,000 for law. Covenant University charges between N770, 000 and N1, 000, 070.  These fees are far lower than what students pay abroad.  By the time an average Briton is leaving university, he probably owes as much as £200,000 debt from bachelor’s degree alone. While undergraduate education is free in Sweden, Germany and Scandinavian countries, the citizens bear the burden in form of heavy taxes.

One of the good things about these countries though is that both government and students know the worth of their investment in university education and they make sure the venture is worth the while. A student that knows that he could spend a lifetime to pay back his student loan, won’t settle for less in life. Similarly, a government that expects loan repayment knows that it has to provide job opportunities by fire and by force in order to recoup its investment. What is more? The money is needed to finance other people. It’s a circle. Hence, everyone is on their toes.

Nigeria, however, spends its own money on its citizens’ education and allows them to emigrate to other lands in search of greener pastures.  How can a government train medical doctors and refuse to make adequate provisions for them to do internship? This is not peculiar to medicine alone. Which government invests money in training its citizens and releases them to other countries to reap the gains?

How can a government that sponsors students to university free of charge do not take adequate steps to expand the economy to accommodate them? Which country sits down and folds its arms while the critical components required to develop the nation are moving out of the country en masse?

You invest millions of Naira on a four-year course in a university and they come out to earn N30, 000 salary per month. What sort of unprofitable investment is that? When are you going to recoup your investment at that rate?  It is shocking that university graduates these days can be desperate to earn as low as N20, 000 per month. This is ridiculous! You train but you do not make necessary provisions for job opportunities. Imagine a graduate hawking recharge cards.

You invest in training doctors, they go elsewhere to practise, yet citizens are dying at home, because there are no doctors to take care of them. Does that really make sense?  Over 80 per cent of Nigerian doctors are currently seeking job opportunities abroad, according to Nigeria Health Watch.

The same way Nigerian government is not placing required value on its investment in public university education, the graduates also appear oblivious of the worth, perhaps because they got such tertiary education on a platter of gold.

If government values its investment in higher education, it should be doing more to ensure that such investment is not in vain. As it is, the Federal Government is investing in higher education at a loss. The government does not understand the simple principle of running a successful venture.  When you invest in human capital, you should be smart enough to keep expanding your capacity to accommodate the dividends of your continuous spending.    Allow industries to thrive. Expand your infrastructural facilities. Formulate policies that will stimulate the growth of the economy to provide gainful employment for young graduates, thereby adding value to the entire country. We spend over $1billion on medical tourism, trillions of dollars on schooling abroad; we develop other people’s economies. Our leaders should start thinking, but more importantly, start acting. No!  We should not continue like this.

Olabisi Deji-Folutile is a member of the Nigerian Guild of Editors.