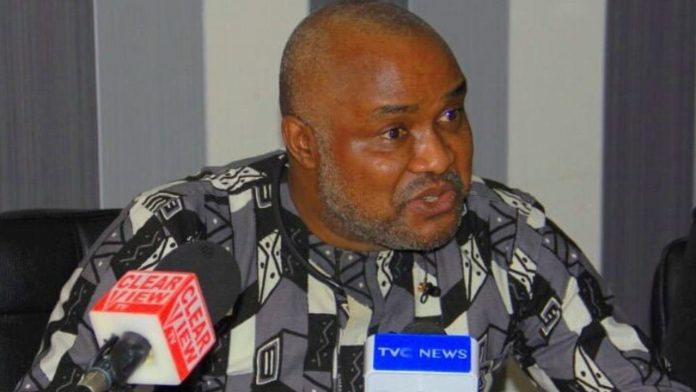 The Human Rights Writers Association of Nigeria, HURIWA, has called on President Muhammadu Buhari to arrest Boko Haram and ISWAP terrorists in the North.

HURIWA said Boko Haram and ISWAP terrorists must be arrested the same way Nnamdi Kanu, leader of the Indigenous People of Biafra, IPOB, was arrested.

The rights group made the call in a media statement by its National Coordinator, Comrade Emmanuel Onwubiko and National Media Affairs Director, Miss Zainab Yusuf.

HURIWA also advocated constructive dialogues as the best panacea to the growing agitations for self-government all across the country.

HURIWA said, “If the Nigerian government under Muhammadu Buhari can go as far as arresting the fugitive head of the proscribed Indigenous People of Biafra (IPOB), whose group has consistently denied embracing armed struggle to achieve self-determination, it is expected that President Muhammadu Buhari should also focus on arresting the real terrorists of ISWAP/Boko haram terrorists responsible for over 32,000 deaths of innocent citizens and the destruction of North East of Nigeria.

“The Federal government should stop pampering armed Fulani terrorists and kidnappers who are waging war against innocent school children of Northern Nigeria.

“The truth is that these agitations are well-grounded due to systemic and systematic injustices against certain ethnic groups and more particularly the agitations are due to resource, political and economic injustices which have heightened through the jaundiced and bigoted policies of President Muhammadu Buhari.”