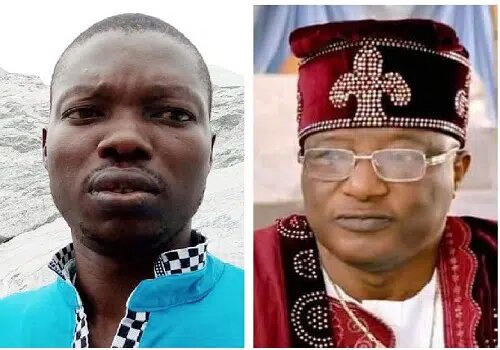 The Osun State Police Command on Tuesday disclosed that the owner of Hilton Hotel, Ile-Ife, Rahman Adedoyin, has admitted to being the author of an audio message recorded before he was arrested in connection to the murder of a Master’s student of the Obafemi Awolowo University, Ile-Ife, Timothy Adegoke, who lodged in his hotel.

The police disclosed that the owner of the hotel admitted to releasing the audio to distance himself from being a ritualist especially when the brother to the deceased described him as such.

He added that the audio was released to clear himself when his character had already been maligned even without due process of the law.

The spokesperson of the state police command, Yemisi Opalola in a statement released on Tuesday said, “On the issue of the audio recording made by Dr Rahman Adedoyin, the police was embarrassed with this development.

“On investigation, Dr Adedoyin admitted being the author of the audio message.

“He said that he felt inclined to make it when some members of his staff were arrested by the police.

“He affirmed making it before he was arrested to defend himself when some people, especially the brother to the deceased, was referring to him as a ritualist.

“He said it was made to clear himself as they had already maligned his character even without due process of law.

“He said he did not know whether the audio was released or when it was released until the police told him about it.

“Since he has been incarcerated on November 15, he doesn’t have access to his phone.”

Opalola further stated that the police command in the state would do everything in its power to unravel who actually released the audio.

She added that “I wish to state clearly that all the suspects connected to this matter are in our lawful custody and the command even has a valid court order justifying their detention pending the completion of the police investigation.”