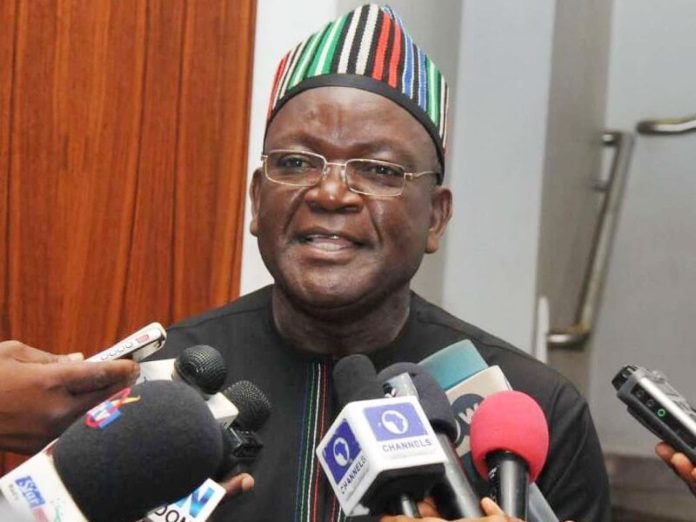 In a statement on Tuesday by Terver Akase, Special Adviser, Media & Publicity, the governor said he recommends Obi to Nigerians as the man with the capacity to tackle the nation’s challenges.

Governor Ortom strongly recommends Peter Obi to Nigerians as the man who has the capacity to effectively tackle the economic, security and other challenges facing the country.

He is convinced that Obi possesses the qualities of a leader who will be a true President of this country by guaranteeing justice, equity, and fairness for all Nigerians.
The Governor stresses that for some years, the country has been tottering on the verge of collapse, owing to leadership failure and its attendant consequences of poverty, heightened insecurity with banditry, kidnappings, and other acts of terrorism threatening the very foundations of the nation.
He says the President that Nigeria needs at this challenging time in the country’s history is one who understands the urgent need to unite the people and speedily initiate policies and actions to redirect the ship of the nation on the path of growth and development and emphasizes that Peter Obi has all such qualities.
Governor Ortom lauds Chief Obasanjo for once again demonstrating objectivity, truth and patriotism as a statesman whose views on national issues must be taken seriously.
Terver Akase
Special Adviser, Media & Publicity
January 03, 2023.