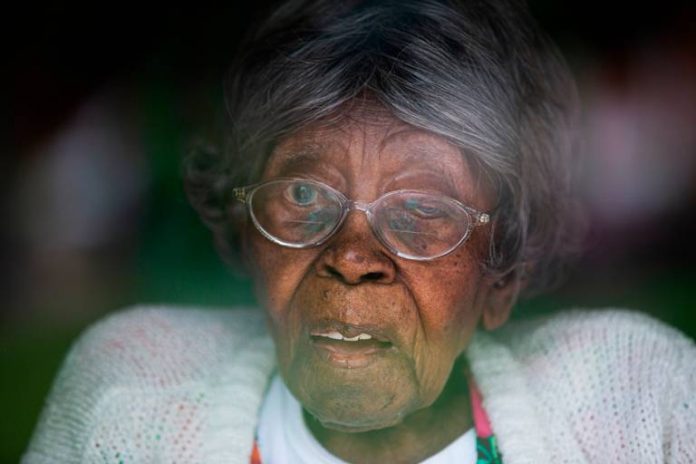 Ford was born on August 15, 1904, and last year the Gerontology Research Group reportedly declared her the oldest person in the United States.

Born in Lancaster County, South Carolina, Ford grew up working on a farm, planting and picking cotton and plowing the fields, before moving to Charlotte, where she married her husband and raised a family.

Ford lived in the same home in Charlotte for more than 58 years.

Her late husband, John Ford, had died at age 57 in 1963. “Her light shined beyond her local area and she lived beyond a century with memories containing real-life experience of over 100 years,” her family posted on Facebook.

“She not only represented the advancement of our family but of the Black African American race and culture in our country. She was a reminder of how far we have come as people on this earth. She has been celebrated all over the world by local governments, community leaders, social media, foreign dignities and presidents as a cherished jewel of society for holding the honor of being the oldest living person in America.”

Ford lived through countless historical events, including the 1918 flu pandemic.

When asked for the secret of her longevity last year, Ford said: “I just live right, all I know.”