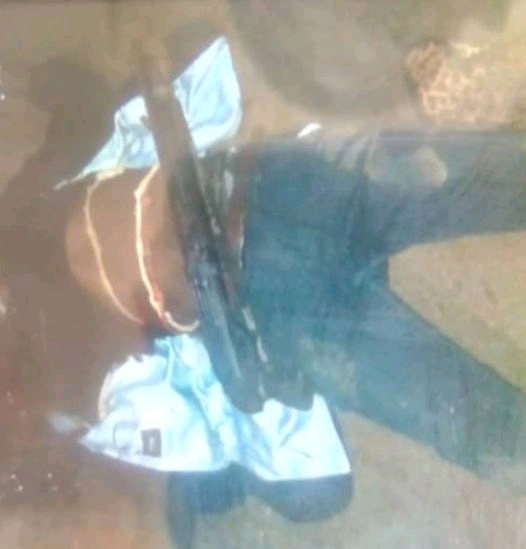 Some suspected members of the proscribed IPOB/ESN group at Ezioha Amaifeke in Orlu LGA of Owerri, lmo state who invaded the palace of Eze Imo; HRH Eze Dr E. C. Okeke were engaged in a gun duel with men of the Imo state police command on Monday,  January 3.

According to a statement released by CSP Michael Abattam, the hoodlums who came in their numbers with assorted weapons, were subdued by the superior fire-power of the command’s tactical teams and in the process, one of the hoodlums was neutralized while others fled into the bush with bullet injuries .

On searching the body of the neutralised bandit, several charms were seen tied around his waist. Other items also recovered includes one ID card, one locally made improvised explosive device, five bottled containing fuel, cash of N20, 000 and one pump action gun with four live cartridges.

He added that the command’s tactical teams are presently combing the bush with a view of arresting the fleeing members of the gang and recovering more arms and other dangerous weapons .

He said the Commissioner of Police Imo State, CP Rabiu Hussaini, has advised Imolites to report any person/persons seen with bullet wounds to the nearest police station or call the command’s emergency numbers 08034773600 or 08098880197,