One In Critical Condition As Fire Guts Delta Federal Secretariat 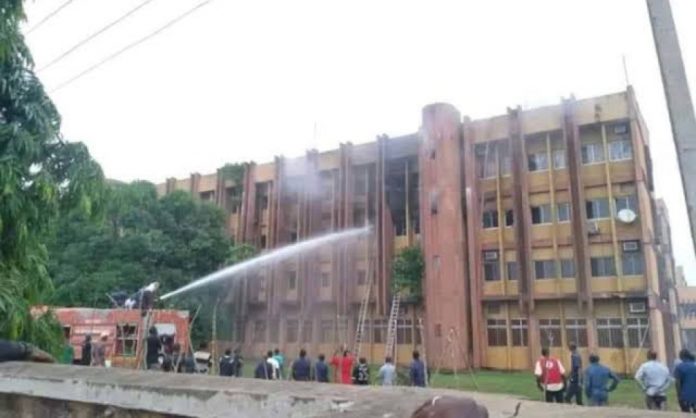 PUNCH Metro report that the section of the National Youth Service Corps in the federal secretariat, Asaba, the Delta State capital on Tuesday was engulfed by fire, leaving one of the firefighters in critical condition as he was said to have fallen from the second floor.

It was gathered that the fire, which razed down the NYSC section of the secretariat around 7am, caused panic among the workers who scampered for safety.

When our correspondent visited the scene, some of the workers including the NYSC state coordinator were seen trying to sort for some documents as properties with millions of Naira and files were destroyed.

The State Coordinator NYSC, Mrs Olutayo Samuel said everything in their section was completely destroyed.

She said, “What happened this very early morning is very unfortunate. I got a call that our office was on fire and I quickly rushed there, I don’t know how fire gutted the office. Nobody can ascertain what exactly the caused of the fire.