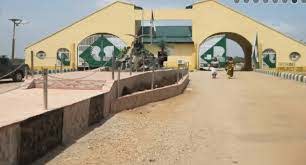 The National Association of Nigerian Students (NANS), Ekiti axis, has   expressed its displeasure over the Federal University, Oye-Ekiti’s proposed plan to terminate the studentship status of any newly admitted student that failed to pay all outstanding bills before their online matriculation.

The management of the university had in a memo from the office of the Acting Registrar, Mufutau Ibrahim, announced the commencement of online matriculation for fresh students for the 2019/2020 academic session.

The students were advised to pay up all outstanding fees before the 30th of June. According to the memo, failure to do so would subsequently lead to the termination of studentship.

But NANS faulted the decision of the university to terminate the studentship of those unable to pay up their fees.  In a press statement signed by the Vice-Chairman of NANS, Ekiti axis, Comr. Raji Sobur, the union said, “Due to the outbreak of the COVID-19 pandemic, the economy of the country has gone down the drain thus dealing most Nigerians a great blow. Many parents are not working for now and simply, to take care of even the mere immediate needs is almost impossible.

“This is unacceptable and goes against the normal standard of fundamental human rights, morality intellectual freedom and economic considerations. It is so unexpected of the management of the institution not to hold the globally accepted standards of fundamental rights,” the statement read.

After assuring the students of its resolution to fight for their rights, the association demanded the “immediate reversal of the internal memo” and that “no studentship should be terminated.”