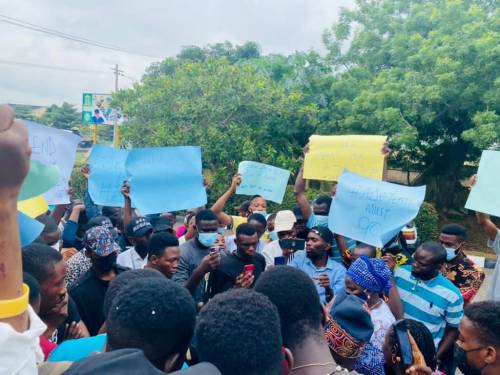 According to a report by SaharaReporters, the many students of Olabisi Onabanjo University, Ago-Iwoye, Ogun State, have stormed the Government House in Abeokuta to protest against the abduction of a student, Samson Ajasa.

The protest was led by the Students’ Union Government President, Awoyemi Oluwabunmi Michael, while students were seen carrying different placards with different inscriptions.

However, the students were allegedly attacked by hoodlums.

The SUG President confirmed the attack to SaharaReporters, noting that he could not say if any student had been taken away.

Franktalknow learnt on Thursday that Adeyemi Azeez, the Special Assistant to the Governor of Ogun State, Prince Dapo Abiodun was accused of leading scores of cultists to attack the state Chairman of the National Association of Nigeria Students, Ajasa.

According to a source, Ajasa, an OOU student was also abducted by Adeyemi and his gang.

The chairman was said to be in the bad books of the governor’s aide. 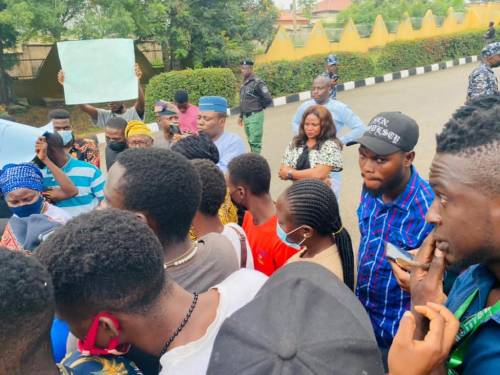 Meanwhile, calls put across to the governor’s aide were not picked nor returned.