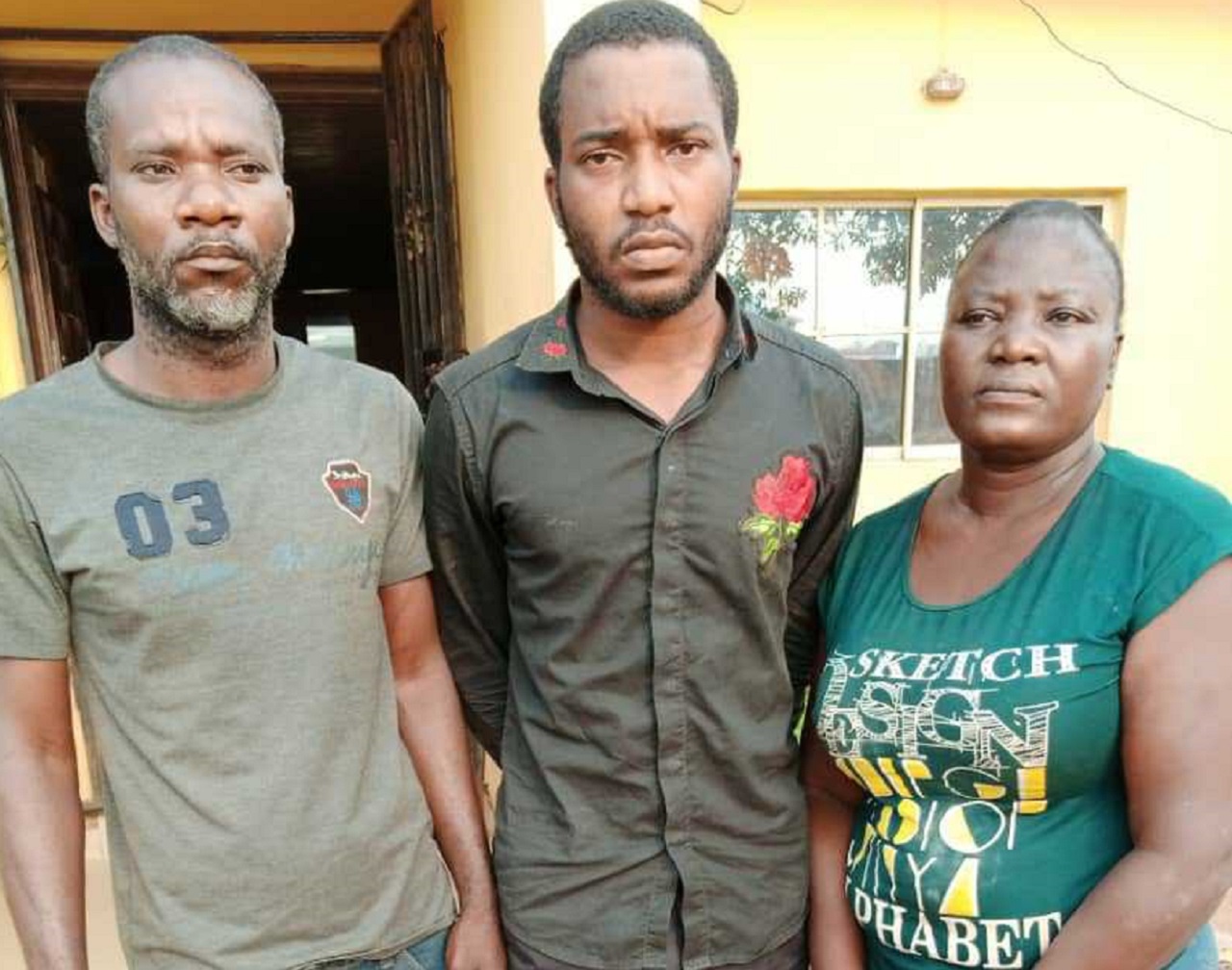 A court In Osun State has remanded a woman, her son and their prophet for allegedly killing and eating a 400-level student of the Lagos State University, Favour Daley-Oladele.

The culprits are Bola Adeeko, her son, Owolabi Adeeko and Segun Philip the prophet were dragged by Kemi Bello, a prosecutor from the Ministry of Justice in Osogbo, to court on two counts of conspiracy and murder.

The charges were, however, not read to the defendants because they did not have a counsel.

Justice Grace Onibokun, the presiding judge, adjourned the matter to March 3 and 10, 2021 for hearing and ordered that they should be remanded in a correctional facility.

Recall that the Ogun State Police Command had arrested the prophet alongside the mother and son over the killing of Daley-Oladele.

Following their arrest, Owolabi narrated how he and his mother conspired to kill his then-girlfriend, ate her in a ritual meal to make them rich.

Their victim went missing on December 8, 2019, but police investigation led to the suspects, who murdered her in a church to be exposed.