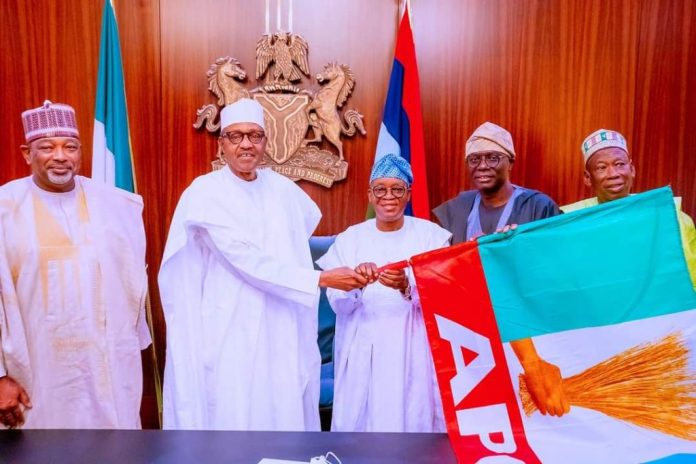 President Muhammadu Buhari has hinted that he may attend the All Progressives Congress (APC) grand rally for the Osun governorship election next week.

Buhari made the disclosure when he received Governor Adegboyega Oyetola and party leaders on Wednesday.

The President did the ceremonial presentation of the APC flag to the candidate.

The Nigerian leader assured that the party was committed to furthering the development journey of Osun.

He commended Oyetola for serving the people in his first term in office, adding that he is confident that APC would.

“I wish you the best of luck”, said the President.

On the invitation to participate at the Grand Finale of the rallies, he replied, “I hope I will make myself available to boost your morale.”