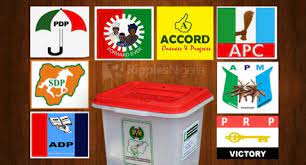 The candidate of the Peoples Democratic Party (PDP), Ademola Adeleke, has won in Ejigbo Local Government Area (LGA) in the ongoing governorship election in Osun State.
Adeleke secured 18,065 votes to defeat his main opponent and incumbent governor, Gboyega Oyetola of the ruling All Progressives Congress (APC), who polled 14,355 votes.
While casting his vote earlier on Saturday,  Adeleke had said the Independent National Electoral Commission (INEC) assured him of fair play in the conduct of the election.
He also said his party agents had informed him all over the state that the election processes were going well in their favour.
966 votes were rejected.
In Oriade Local government, the total valid votes of 33,329, and the total cast votes of 34,295.
Oriade L.G.A Total No votes= 69,651
Accredited voters= 31,798
Valid votes = 30,941
Rejected votes-= 806
Total votes cast= 31,747
APC= 14,189
LP= 24
PDP= 15,940
As at now after 10 LGAs,
APC: 108,012
PDP: 120,297