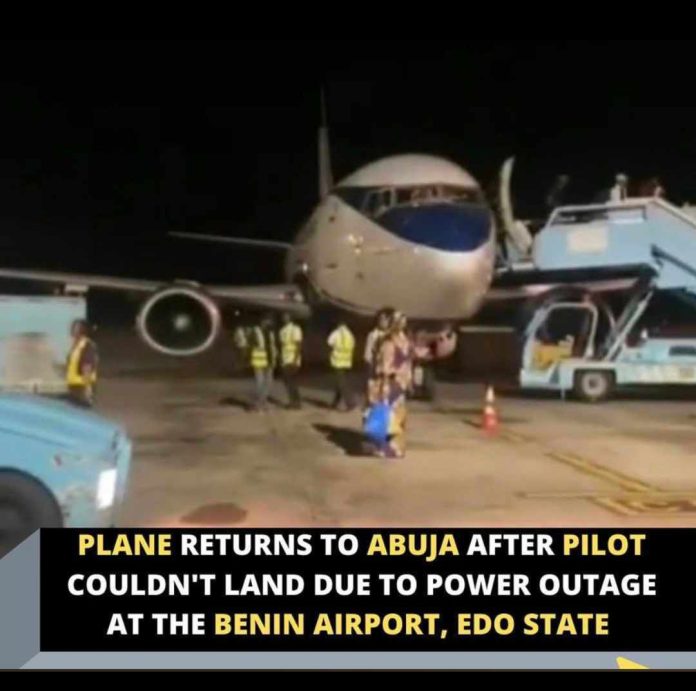 An aircraft passenger has revealed that the plane he boarded from Abuja to Benin city couldn’t land at Benin airport due to a power outage at the airport.
The runway lights were off at the point the plane was supposed to land

A friend of mine was on that plane and described the terrifying ordeal when the Pilot attempted to risk landing the plane without the runway lights.

The passenger didn’t shy away from expressing his displeasure at the unfortunate incident while also taking swipe at the state of the nation. 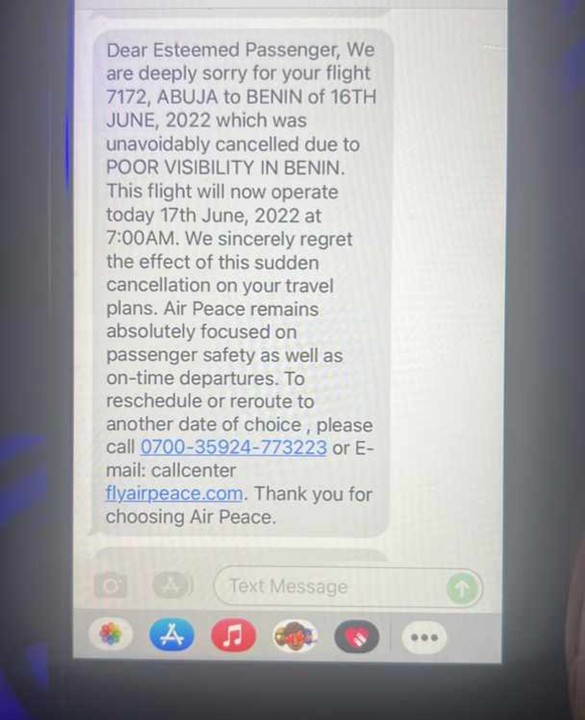