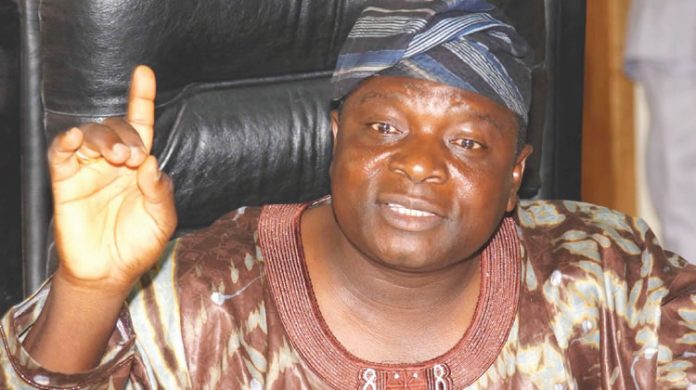 Olagunsuye Oyinlola, a former governor of Osun, has been projected as the best candidate to emerge as the Peoples Democratic Party (PDP)’s national chairman.

Those behind this campaign are members of a political organisation called Ayombo Movement for Good Governance.

The group claimed Oyinlola has the needed charisma and grassroots support across Nigeria to lead the PDP to victory in the 2023 elections, Guardian reports.

Prince Ayoade Adewopo, the body’s president, in a statement on Saturday, September 11, asserted that the former governor has a flawless record in the field of public administration which gives him away as a worthy leader.

Adewopo added that Oyinlola’s purposeful and resourceful approaches to providing time-tested solutions to the challenges that confront the country make him a sure and trusted candidate for the job.

He went on:
“Oyinlola’s past positions have demonstrated his prodigious capacity as a celebrated manager and leader of men and resources. “Having served in different roles of public trust, it is crystal clear that Oyinlola is reliable, dependable, and trustworthy…”

The group’s boss maintained that at such a time in the history of Nigeria, the PDP needs a leader like Oyinlola to give the country prosperity and help realise the citizens’ collective dreams.