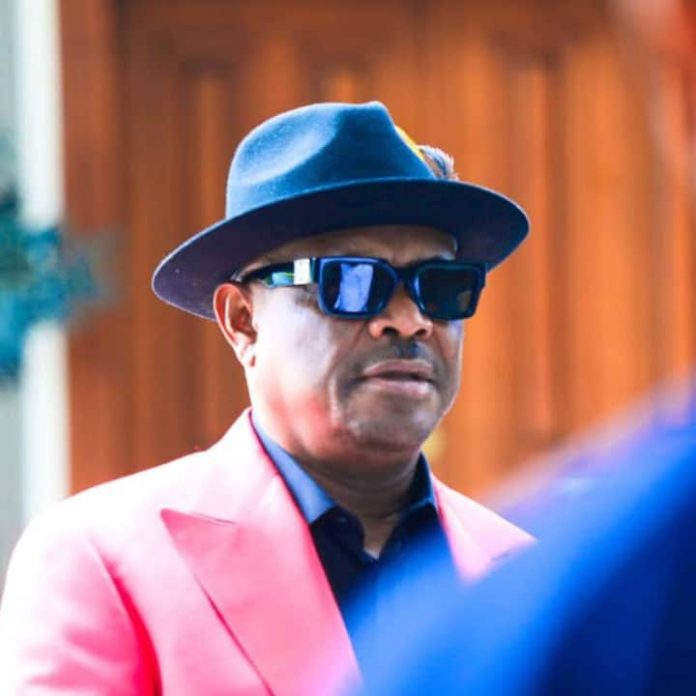 The crisis rocking the Peoples Democratic Party has worsened as the Rivers State Governor, Nyemson Wike has spilled more of the party’s crisis in his latest media chat.

Furious that members of the party who parade themselves as leaders and have not contributed any form of electoral value to the PDP are bent on raising the dust about slamming sanctions on him, the governor asked who will suspend him.

However, noting that he is not bigger than the PDP, Governor Wike said those who abandoned the party prior to the 2015 general election to join the winning party do not have the temerity to suspend him.

He accused the presidential candidate of the party, Atiku Abubakar, and the party chairman, Iyorchia Ayu as dishonest, unreliable, untrustworthy, and deceitful. He said Ayu is a corrupt, arrogant, racist, power-hungry, anti-southern bigot.

Reminded that the party may suspend him, he dared the PDP  to suspend him, if they think he was acting bigger than the party. Wike issued this threat on Friday during a chat with selected journalists.

“Who will suspend me? What do you think is my job here? “I’m not saying I’m bigger than the party but those who ran away from the party cannot suspend me from the party. “I beg them, today, today, they should come and suspend me. Anything they see, they will take.” Further taking a swipe at some of the supposed party leaders, WIke said some people have never won their units or state for the PDP but yet go about boasting that they will sanction him.

“Since 1999, PDP has never won Yobe state. You have zero in your state and Rivers has been bringing 100. But you’re running up and down saying you’ll sanction the man who has done so much for the party.”