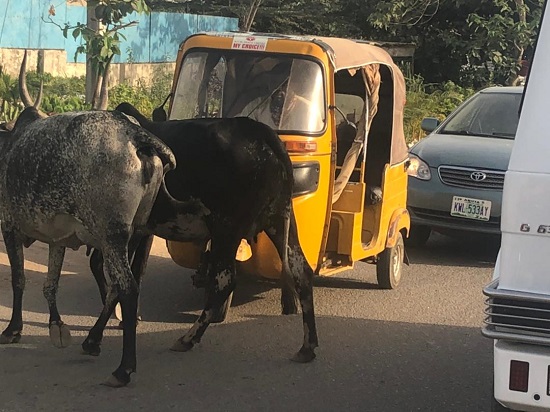 Cows blocked a major road in Apo area of Abuja on Saturday afternoon, disrupting vehicular movement for more than 10 minutes.

Vehicles and motorcycles struggled to dodge the cattle as they plied the road just beside Cedacrest Hospital in Apo.

Two herders seen with the cows also struggled to remain in control of the situation.

At intervals, some of the cows pushed their way through the road, bringing vehicles to an abrupt halt.

The chaotic scene that ensued was hilarious as much as it was horrific. Some passers-by watched as a particular motorcyclist swerved while trying to dodge a cow whose horn was just inches away from his face.

Below are pictures from the scene: 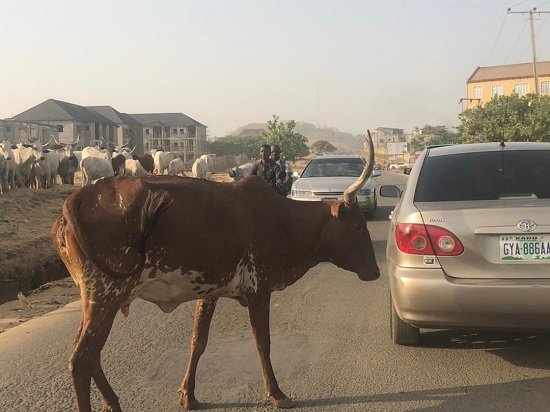 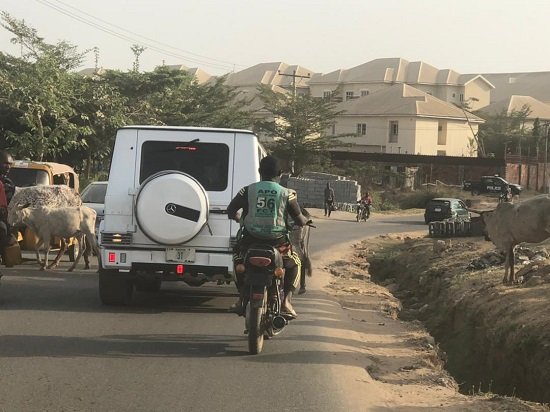