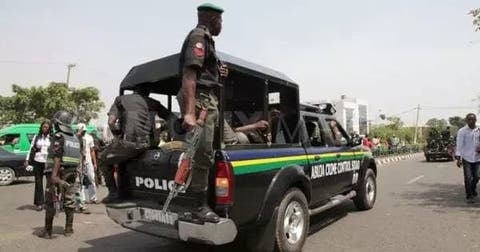 The police command in Kaduna State has  rescued 15 kidnapped persons and recovered 32 cows.

The command’s Public Relations Officer, ASP Mohammed Jalige, said this in a statement on Sunday in Kaduna.

Jalige said that on April 9 at about 1525hours, gunmen suspected to be bandits  blocked Buruku  Birnin Gwari Road around Unguwan Yako forest in an attempt to kidnap occupants of two Volkswagen salon cars.

“A swift response by the operatives of the command forced the marauding bandits to retreat and flee into the forest with bullet wounds, abandoning their victims.

“The operatives however, searched the entire area and successfully rescued 15 victims unhurt ,”he said.

He said that the drivers of the vehicles sustained varying degrees of injuries and were receiving treatment.

Jalige said that the remaining victims have been profiled and subsequently reunited with their respective families.

He said rigorous patrol and manhunt for the fleeing bandits was of topmost priority to the command.

He said that on April 8,  at about 0500hours, the command received an intelligence report indicating that some  bandits were sighted around Dutsin Gaya village in Kajuru Local Government Area (LGA), moving large herds of cattle strongly suspected to be have been rustled.

‘The command on getting the information as usual, operatives were mobilised to the area and engaged the bandits in fierce gun battle which forced them to take to their heels with bullet wounds while the operatives recovered 32 rustled cows.

Jalige  reassured  of the command relentless effort in securing public space and to create an enabling environment for legitimate business to thrive in the state.(NAN)