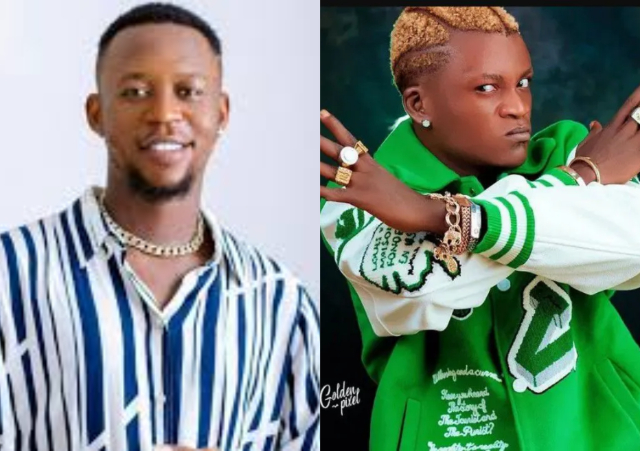 He made this statement during an interview on ‘Celebrity Uncensored hosted on TLIG Africa TV.

He said, ” I think he (Portable) is just somebody who lacks home training. If you check hisortable background, you realize he wasn’t really trained.He was brought up on the street and streets is quite different from street. When somebody like Olamide says he is from the street, his own kind of street is ‘butterish’ compared to Portable’s street. Portable’s street is just ‘Pako 4 by 4’ complete. There is no ‘tushness, I don’t think there is any solid educational background, there is nothing like that. Portable is strictly from the street, from Sango to Mushin .You know that kind of life. I think that actually influenced his way of life and he can’t be controlled. There is no way. You help him today, tomorrow he is coming for you”.

As at the moment of filing this report, Portable is yet to reply Neophlames statements.

In a statement released on Tuesday, July 26, the organisers condemned the controversial artiste for claiming affliction with dreaded robbery gang known as ‘1 Million boys’

Part of their statement reads: “We regret to announce that following numerous indicting statements made by Mr. Habeeb Okikiola popularly known as “Portable”, and the incessant negative attention that Mr Okikiola has garnered from the Nigeria Police and the general public in recent times, the organisers of the Headies have resolved to disqualify Mr Okikiola as a nominee at the forthcoming 15 Headies Awards.”