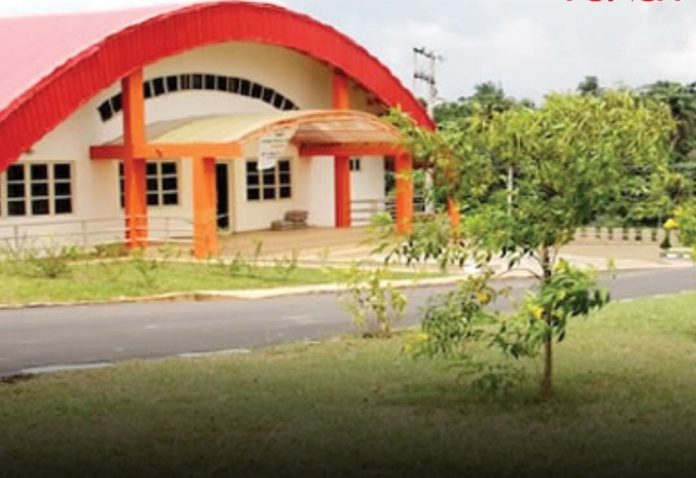 A middle-aged man, Sunday Samuel has narrated how the Ondo State Trauma and Surgical Centre, Ondo Town caused the death of his wife, Fola Samuel.
According to him, his wife was diagnosed with breast cancer but died during surgery because of an intermittent power outage in the hospital during surgery and a lack of oxygen before embarking on the surgery.
The mother of four was taken to the theatre for surgery on Monday, July 25.
According to Sunday, the operation was disrupted by the power outage, as the medical facility repeatedly switched between power supply and generator.
He also lamented that the hospital failed to provide a standby oxygen cylinder before embarking on the surgery.
However, the Chief Medical Director of the hospital, Dr. Oluwole Ige, in a statement on Thursday, said the deceased was diabetic with stage four breast cancer.

Ige said, “She was a high-risk surgical patient, and palliative surgery to remove the huge mass of abnormal tissue growing in her breast was planned. She was quite unwell and had to be made fit to undergo surgery. The patient could barely walk upon admission and with very limited clinical reserve. Efforts at making her strong enough to withstand the stress of surgery warranted the three weeks of admission before surgery. The surgery was successful but the patient, unfortunately, could not withstand the stress.”
He also noted that the hospital did not alternate between power supply and generator while the operation lasted.
“It was true that there was a power outage during the surgery, but the backup power supply was immediately restored. The hospital is equipped with multiple generators (diesel and petrol) being used as a backup. The issue of alternating between power supply was not the cause of her death. The allegation about non-availability of oxygen during the surgery is false,” he added.
However, a family source told the Punch that the hospital’s reaction was merely damaged control.
The source said, “There is nothing to gain in making false claims against them. Fola is no more and she has been buried; so that won’t bring her back to life. But that is the reality on the ground in the hospital. I hope this will make them do the needful to avoid another casualty.”