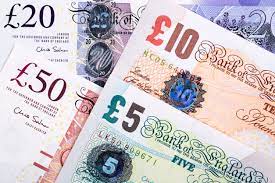 This is the news about the Pounds to Naira rate at the official and black market exchange rate Today April 21 2022.

How Much is Pounds To Naira Exchange Rate Today Official Rate?

The exchange rate for a pound to naira at Lagos Parallel Market (Black Market) – Pounds exchaged for as low as ₦770 and as high as ₦778 on Thursday, April 21st 2022, according to sources at Bureau De Change (BDC).

The Federal Government has directed Electricity Distribution Companies (DisCos) to bill consumers according to the hours of electricity supplied.

Frank Talk Now  reports that the Federal Competition and Consumer Protection Commission (FCCPC) gave the directive in a statement via its Twitter handle on Tuesday.

The commission also instructed the electricity distribution companies to install meters purchased by consumers within ten days of payment.