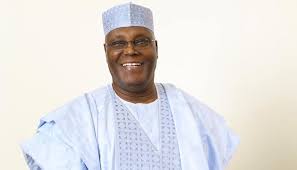 Melaye pointed out that most of the positions in LP are occupied by Southerners, unlike PDP.

Wike explained that Obi was a former governor; hence would provide him all the logistic support needed during LP’s presidential campaign in the state.

The leader of the G-5 governors disclosed this in Port Harcourt during the commissioning of a flyover in the state.

Reacting, Melaye, in a Facebook post, wrote: “Peter Obi’s visit in PH, Wike of Rivers state, stated that he would give Peter Obi support during the presidential election.

READ ALSO: 2023 presidency: It is too early to predict who succeeds Buhari – Peller

“So where is the justice Governor Wike is talking about? Time to reunite with your family my brother.

“Atiku Abubakar is the next President of the Federal Republic of Nigeria by the grace of God.”