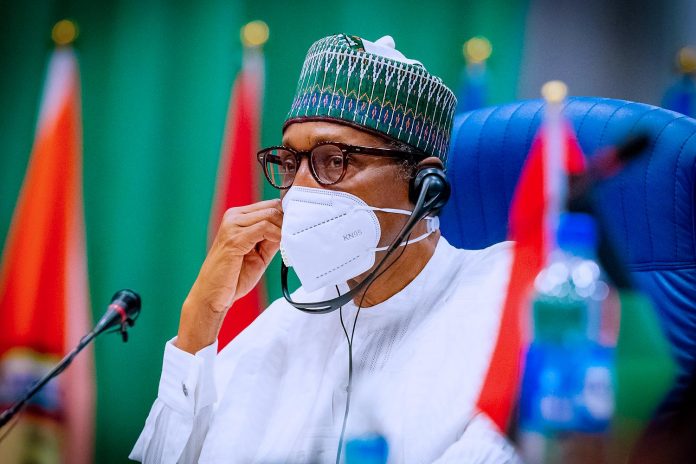 President Muhammadu Buhari has said his administration would be remembered for great achievements after leaving office in 2023.

Channels TV reports that Buhari made the declaration during a crucial closed-door meeting with service chiefs held on Thursday, August 19, at the Presidential Villa in Abuja.

Frank talk Now gathered that the president also vowed that he would not exit the government as a failure at the end of his second term in office in 2023.

According to the report, the National Security Adviser (NSA), Major General Babagana Monguno, conveyed the president’s pledge to State House correspondents at the meeting, which lasted more than five hours.

Monguno disclosed that during the meeting, the service chiefs briefed President Buhari on the security situation in the country.

He further noted that the president is determined to improve security across the country.

The Nation also reports that Monguno said all the issues brought before the president centred mainly on the successes recorded in the operations in the northeast.

He noted that the large numbers of Boko Haram fighters are surrendering in the northeast, noting “never had such large numbers leave the terrorist camp, owing to the relentless activity of the security agencies.”

The NSA, who stated that there is good cooperation, synergy and intelligence-sharing among the Armed Forces, said President Buhari was happy with the briefs he received.